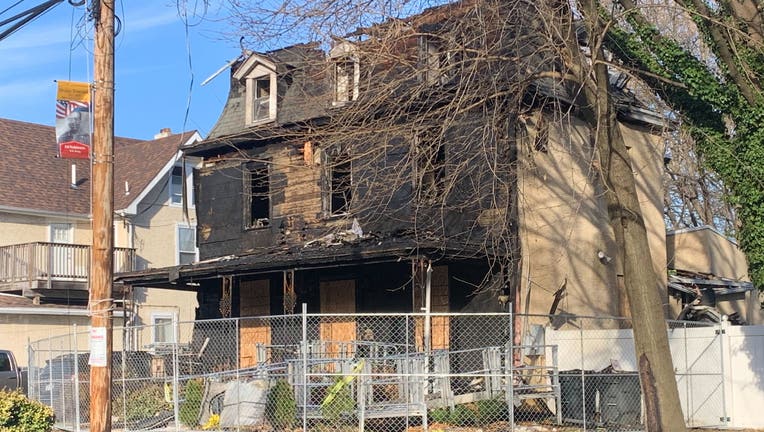 Woman dead, suspect in custody after fire in Delaware County.

The suspect, identified through court documents as Aaron Clark, was arrested on Sunday. His charges include murder, stalking, assault and harassment.

Clark is accused of lighting a fire inside a 3-story home on the 600 block of Sharon Avenue in Darby Township around midnight this past Sunday.

Responding officers say they observed flames coming from the front porch area of the house, which quickly spread to the second floor.

A resident of the home who was able to escape the flames alerted first responders that a woman with disabilities was trapped on the first floor, authorities say.

Officers and firefighters made several attempts to enter the property to rescue the woman, but they were unable to do so due to the intensity of the flames and smoke, according to law enforcement officials.

Firefighters searched the property and found the woman's body on the first floor, police say.

An investigation revealed the "high probability" that the fire was caused by arson based on the evidence collected. Authorities were able to quickly develop a suspect after speaking to witnesses.