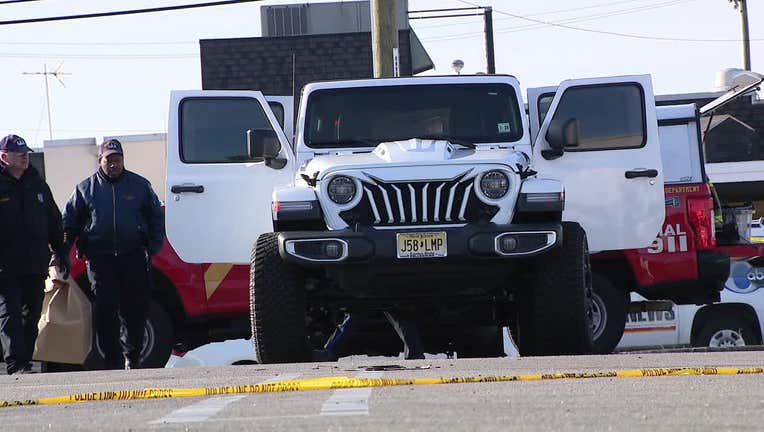 SOUTH PHILADELPHIA - Philadelphia police have identified a man they say was found dead inside a burning Jeep on Tuesday.

Just before noon, officers responded to a parking lot on the 2700 block of South 3rd Street, where a Jeep was seen smoking.

The fire department arrived on scene and quickly extinguished the flames. Responding firefighters located a body in the rear cargo area.

The victim was pronounced dead at the scene and has been identified as 43-year-old Joslyn Morgan.

Investigators say Morgan sustained a gunshot wound to the forehead and a stab wound to the neck. His body was found wrapped in a blanket.

Police have not yet identified a suspect, but say they are likely looking for a male with a medium to heavy build, who was wearing a jacket with the hood up.