FOX 29's Steve Keeley has the latest details on what led to a man fighting for his life after an attempted carjacking.

WEST PHILADELPHIA - Two suspects in an armed carjacking are in the hospital after police say they attempted to take a vehicle from a Lyft who was armed with a gun he was licensed to carry on Monday afternoon in West Philadelphia.

Officials said the shooting happened on the 4200 block of Parkside Avenue Monday, just before 2:45 in the afternoon.

A Lyft driver, with a passenger, was rear-ended twice, according to authorities. When the driver stopped and got out, two men got out of their vehicle with a gun and demanded the Lyft driver's vehicle. 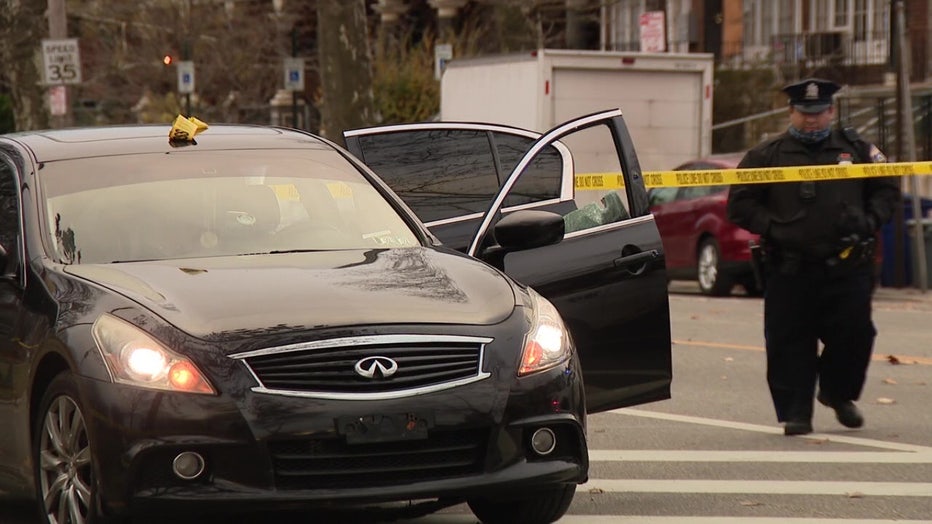 Police say the Lyft driver produced his own firearm and fired at both suspects, injuring both of them.

The driver then got his passenger out and one of the two suspects took control of the vehicle.

Investigators said the Lyft driver was licensed to carry a firearm and proceeded to fire his weapon at the suspect who took his car and the accomplice in the other vehicle. He hit both suspects, according to official accounts.

One of the two men was taken to Penn Presbyterian Medical Center by police and placed in critical condition. The other was also hospitalized, though his condition is unknown.

Police say the Lyft driver was not shot, and a rifle had been pointed at him during the encounter.