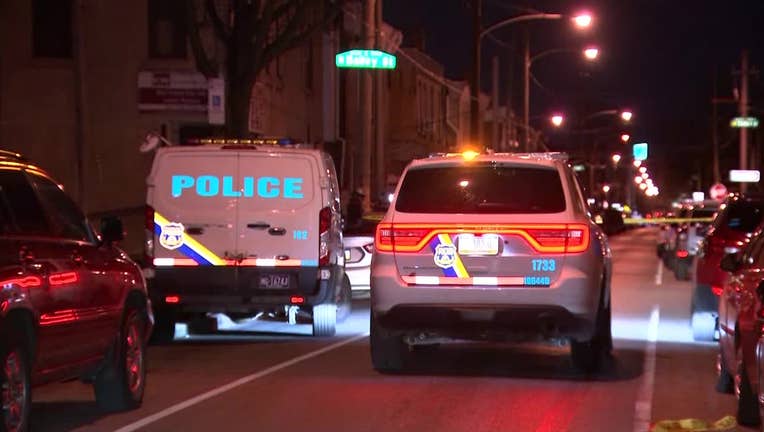 Police say two officers returned fire on a woman who had fired several shots at them in South Philadelphia.

PHILADELPHIA - Police responding to reports of shots fired in a South Philadelphia neighborhood encountered a woman who authorities say opened fire on the officers, sparking a shootout that left her and a man wounded.

According to police, two uniformed officers heard people firing gunshots in the backyard of a home on the 1500 block of Bailey Street early Friday and tried to enter the area through an alleyway.

They saw a man and a woman outside a home, and authorities say the woman immediately began firing several shots at the officers.

The officers returned fire, striking the pair which prompted them to flee. Officers gave chase and eventually apprehended them inside the residence where the woman tried to discard her weapon.

Authorities were able to recover the woman's weapon and several other firearms including a shotgun, a semiautomatic handgun, a revolver, a rifle, multiple fired shotgun shells, multiple fired cartridge casings, and multiple live rounds of ammunition before transporting the suspects to the hospital.

The woman was shot in the thigh, buttocks and hip and is listed in stable condition.

The 33-year-old man suffered multiple gunshot wounds to the abdomen and was pronounced dead shortly before 2 a.m.

"The use of deadly force is the most serious action that police officers are empowered to undertake," said Police Commissioner Danielle Outlaw. "While no police officer begins his or her tour expecting to discharge their firearm, that decision must sometimes be made at a moment’s notice.  These situations are often tragic; particularly when they result in the loss of life. As is the case with all Officer-Involved Shootings, we will ensure that a thorough, complete and objective investigation is conducted."

Neither officer was injured and an investigation remains underway.

2 arrested, 1 sought in connection to assault of postal employee on SEPTA platform