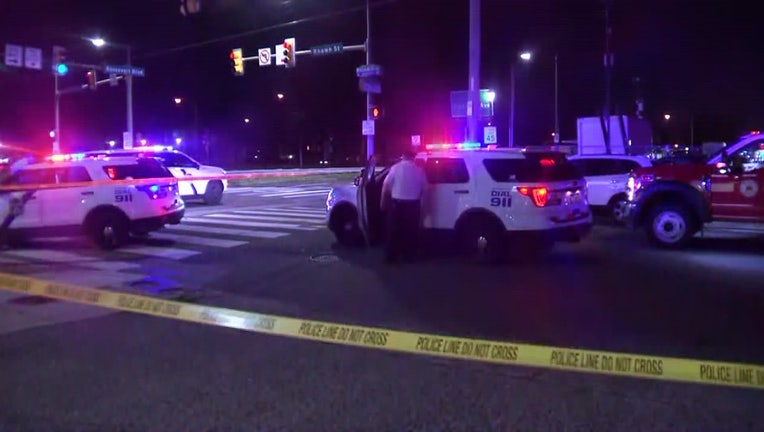 PHILADELPHIA - Authorities say a man was shot to death by a driver during an argument with a panhandler Friday night in Philadelphia.

The deadly shooting happened just before 10 p.m. near the intersection of Rhawn Street and Roosevelt Boulevard.

Chief Inspector D.F. Pace told reporters a woman asked the driver of a white Jeep for money at the intersection and the driver hurled insults at the woman.

A man, described by Pace as the woman's companion of 17-years, intervened and threatened the driver with a can of hornet spray. That's when police believe the driver pulled out a gun and fatally shot the 54-year-old man, who was later identified as Mark Albertson.

Pace said investigators are unsure if the man sprayed any of the hornet repellant before he was shot to death.