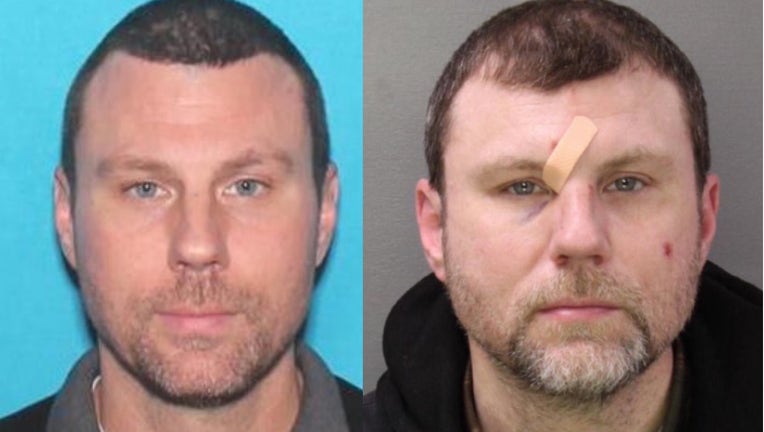 MIDDLETOWN TOWNSHIP, N.J. - A man wanted for allegedly bounding his adopted mother to a chair during a home invasion in Delaware County last week has been captured, according to local police.

Investigators identified Christopher Dougherty as a suspect following a reported home invasion and robbery in Middletown Township around 6:30 p.m. on Feb. 11.

Investigators say Dougherty forcefully entered the home armed with a hammer. He then duct taped the 80-year-old woman to a chair and robbed over $1k and a cell phone. He fled the home in the victim's 2002 Buick, according to police.

An exhaustive search for Dougherty lead police to several towns in Delaware County and as far away as Maryland. State police reported Dougherty's capture on Friday morning.