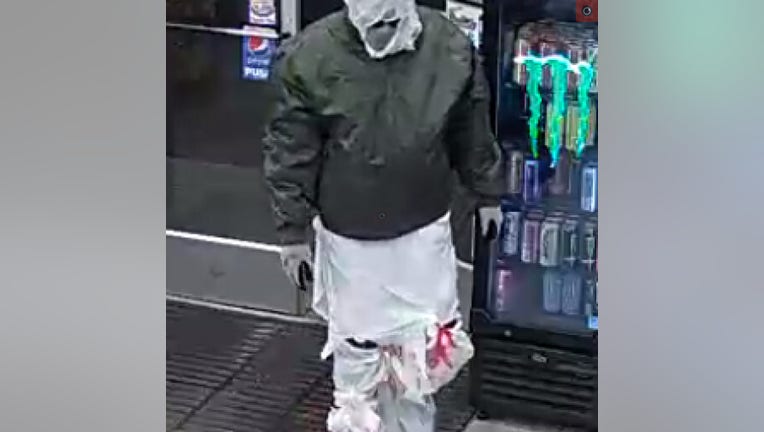 LOWER SOUTHAMPTON TWP, Pa. - Investigators are searching for a man who they say wrapped himself in vanilla-scented trash bags and robbed a gas station store clerk early Friday morning in Bucks County.

Officers from the Lower Southampton Police Department were called to the Sunoco gas station near Street Road after a clerk reported being pushed into the bathroom by a man wrapped in trash bags demanding cigarettes and cash. 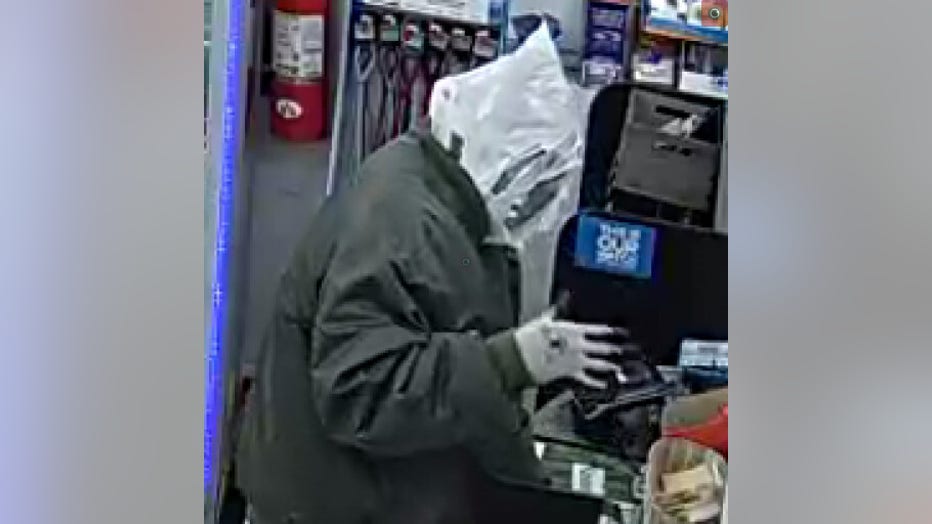 Police say he made off with several boxes of cigarettes and fled the store on foot heading towards Philmont Avenue.

The alleged suspect is described as 5-foot-8 with a large build. He was reportedly wearing an olive green coat over the trash bags during the attempted robbery.

Anyone with information on this incident is encouraged to call Lower Southampton Police Department at 215-357-1235.