A Mayfair resident fatally shot a suspect allegedly trying to rob them. FOX 29's Steve Keeley has the latest details.

Authorities say the shooting happened on the 7200 block of Battersby Street just after 10 p.m.

Officers from the 15th District responded to the scene and found a man outside a doorway with gunshot wounds to the head, chest and arm, according to officials.

Police say he was taken to Jefferson Torresdale hospital where he was pronounced dead at 10:19 p.m.

According to Chief Inspector Scott Small, the deceased victim, who had a fake police badge around his neck, and another man approached an apartment where a 25-year-old was coming out.

Small says the two men said they were police officers and forced their way inside the apartment.

Officials say the suspects threatened to shoot and kill the 25-year-old as they were attempting to zip tie his hands.

When the resident realized the two men were not police officers, he pulled out his own gun and shot one of the suspects, killing him, authorities say. 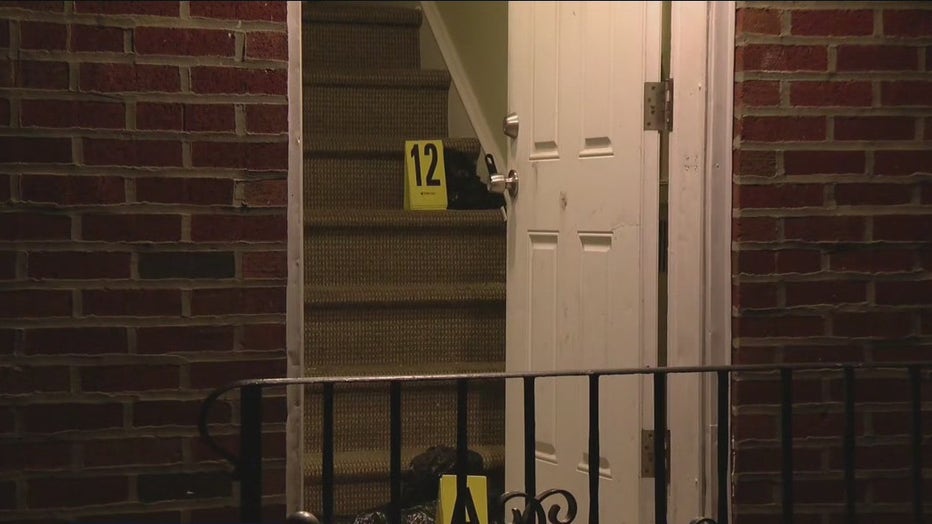 Police are investigating a shooting in Mayfair that turned deadly when a resident fatally shot an armed home intruder impersonating a police officer, authorities say.

The other suspect ran out and authorities are looking for him, according to police.

Small says six shell casings were found on the steps to the apartment.

The 25-year-old victim has a license to carry, according to Philadelphia police.

FOX 29's Steve Kelley spoke to the man who fatally shot one of the intruders, and he's encouraging everyone who legally can own a gun to purchase one to protect themselves in Philadelphia as crime surges.

RELATED: Police: At least 20 people shot, 4 people dead in separate shootings across Philadelphia over the weekend

"I pulled out and shot right at him and that's it," he said as he described the moments of shock and fear he experienced.

The 25-year-old and his girlfriend, who was upstairs in the second-floor apartment at the time of the shooting, were released by police.