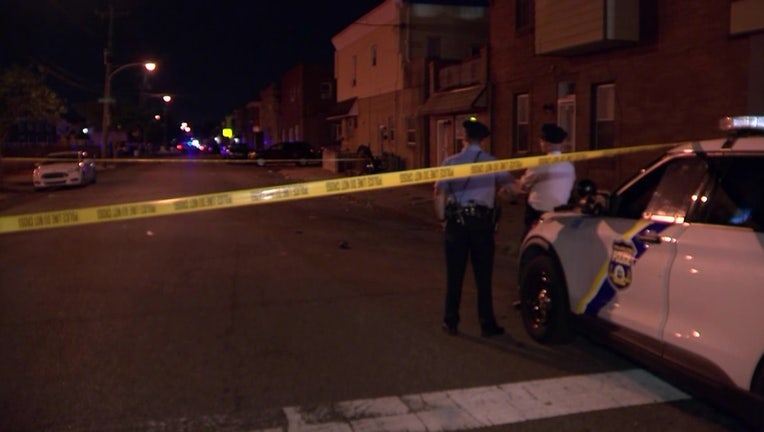 Police say a man was killed during a double shooting Saturday night in South Philadelphia.

SOUTH PHILADELPHIA - A man is dead and another is fighting for his life after police say both men were hit by a barrage of gunfire Saturday night in South Philadelphia.

Police say the shooting happened around 9:30 p.m. on the 2300 block of Jackson Street.

A 28-year-old man who was shot at least four times was brought to Penn Presbyterian Hospital where police say he died, according to police.

A 35-year-old man who police say was hit seven times by gunfire was rushed to the hospital by officers and is listed in critical condition.

Authorities did not announce any arrests immediately following the deadly shooting.