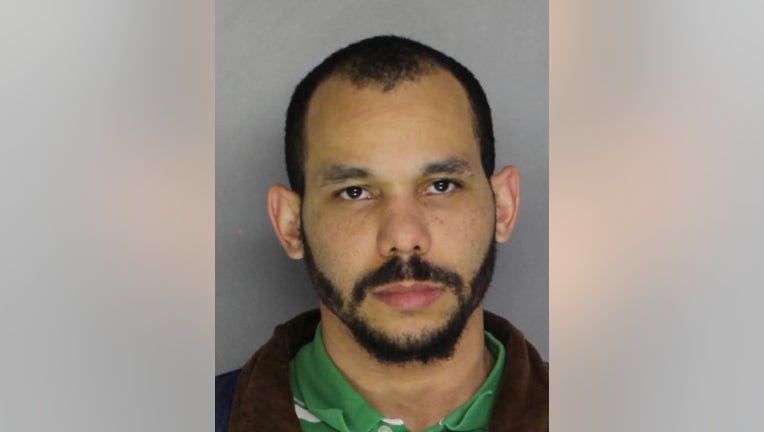 LOWER SOUTHAMPTON TOWNSHIP, Pa. - Police in Lower Southampton Township are searching for an alleged robber who they say behaved in a "bizarre" manner.

The incident happened early Friday at a Sunoco station when a suspect entered camouflaged in white trash bags.

Police say the suspect, who was wrapped in the vanilla-scented garbage bags, forced a clerk into the restroom and demanded cigarettes and cash.

Officials report the robber exited the store and was last seen running east on Street Road toward Philmont Avenue. 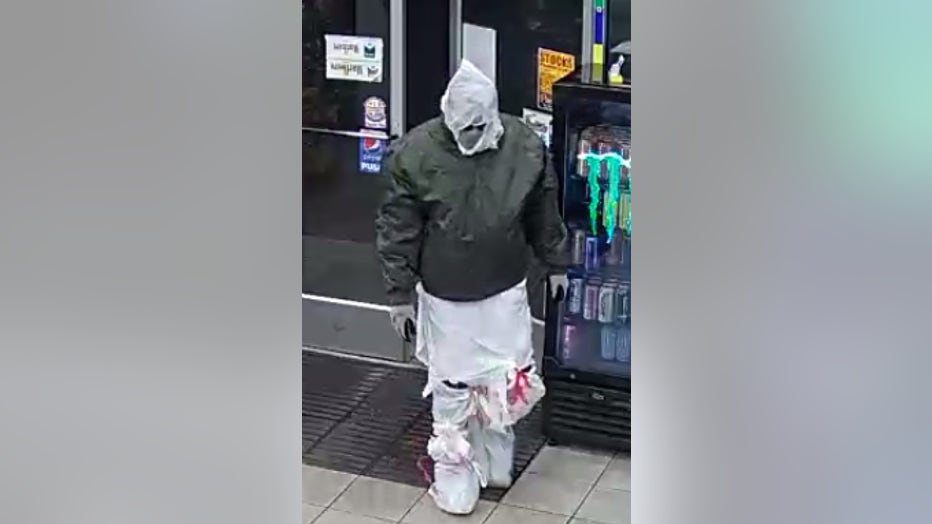 The suspect, identified as Jonathan Nelson, is described as 5 foot 8 inches to 5 foot 9 inches tall with a large build.

He was wearing black glasses, a gray face mask, and gray gloves. He was also wearing an olive green winter coat in addition to trash bags over his shoes.

"If you know someone that appears to love smoking Newport cigarettes and all of a sudden seems to have an endless supply and smells really good, give us a call," police say.
___