Police are searching for a man accused of opening fire on a vehicle in West Oak Lane.

WEST OAK LANE - Authorities are searching for a man who they say was standing in front of a corner store when he opened fire on a passing vehicle, wounding a woman in the passenger's seat.

Responding officers discovered a 19-year-old woman on the scene with a gunshot wound to the leg. She was taken to Einstein Medical Center in stable condition. 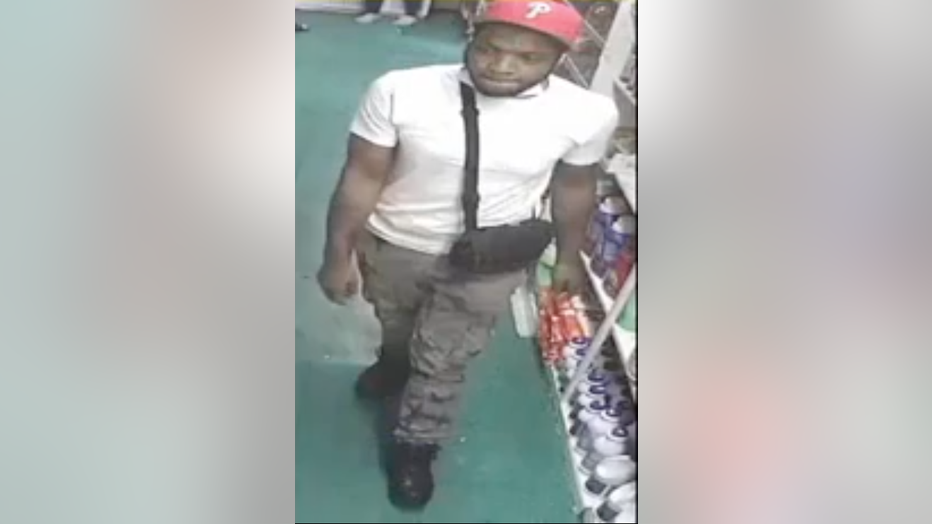 The victim reportedly told police that she and her boyfriend were driving on Middleton street when an unknown man standing in front of a corner store pulled a gun from a black shoulder bag and opened fire on the vehicle. He fled on the 7100 block of Louis Street.

Authorities say the suspect, who is believed to be a Black man in his 20s, was last seen wearing a Phillies hat, white t-shirt, green camouflage pants and black boots.

Anyone with information on the suspect's whereabouts or this shooting incident is encouraged to contact police immediately.