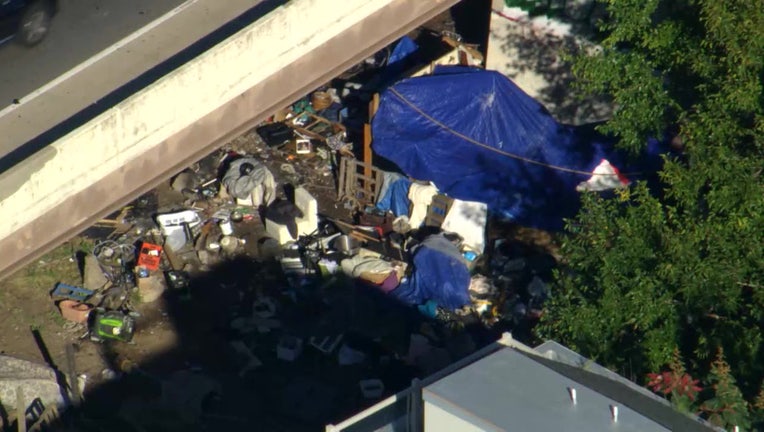 Police say a man wanted on a Megan's Law warrant man lit a tent on fire as police tried to serve an arrest warrant.

PHILADELPHIA - Police say a man sought on a Megan's Law arrest warrant set a tent on fire at a Philadelphia homeless encampment and attempted to evade police by climbing onto a highway overpass.

Federal agents from the U.S. Marshals Office attempted to detain the 33-year-old suspect Thursday morning on the 100 block of Spring Garden Street.

According to investigators, the tent the man lit on fire had a propane tank inside, but it did not explode

He then lit severe small fires and was armed with a machete, which caused officers to call for additional help.

The suspect tried to evade authorities by climbing onto an I-95 overpass and was tased with no effect. He was later surrounded by law enforcement officers and taken into custody.

Police say the suspect was taken to Jefferson University Hospital for evaluation before being handed over to detectives.