No prosecution for Alabama woman who was shot, lost unborn baby

Marshae Jones was arrested last week after a grand jury determined that she intentionally caused the death of her fetus by initiating the fight, knowing she was pregnant. On Wednesday, officials said they would not pursue the case.

BESSEMER, Ala. - A woman charged with manslaughter after she was shot in the stomach during a fight and lost her unborn baby will not be prosecuted, authorities said.

Marshae Jones was arrested last week after a grand jury determined that she intentionally caused the death of her fetus by initiating the fight, knowing she was pregnant.

Jones was five months pregnant at the time when she was shot by 23-year-old Ebony Jemison during an argument last December over the baby's father, authorities said.

Initially, Jemison was charged with manslaughter in the death of Jones' unborn baby, but a grand jury declined to indict her after police said an investigation determined that Jones had started the fight — and Jemison ultimately fired in self-defense.

Jones, 28, was indicted by the same grand jury and arrested on June 26. 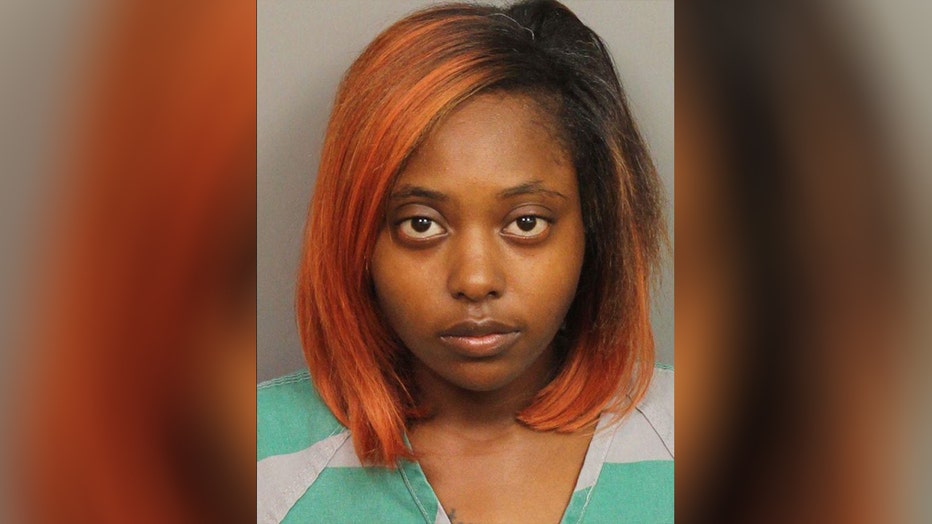 Marshae Jones, 28, of Birmingham, is seen a booking photo from her initial arrest. Officials said Wednesday she will not face prosecution in the death of her unborn baby after she was shot during a fight. (Photo Credit: Jefferson County Jail)

But Jefferson County Bessemer Cutoff District Attorney Lynneice O. Washington announced Wednesday during a press conference that she would not pursue the “disturbing and heartbreaking case.”

"After reviewing the facts of this case and the applicable state law, I have determined that it is not in the best interest of justice to pursue prosecution of Ms. Jones," Washington said. "There are no winners, only losers, in this sad ordeal.“

The prosecutor did not take questions or explain the process that led to grand jurors returning the indictment to begin with.

Jones’ lawyers said they were pleased with Washington's decision and urged Jones' supporters to direct their energy to "ensuring that what happened to Marshae won't ever happen again."

Her lawyers filed a motion to dismiss on Monday, arguing that in issuing the charges, the state used a "flawed and twisted rationale" that "ignores the law and ignores reason.“ The idea that Jones intentionally caused the death of her fetus by initiating the fight is a "tortured," ''irrational" theory which "defies the most basic logic and analysis," the filing contends.

Alabama is one of many states that have fetal homicide laws allowing criminal charges when fetuses are killed in violent acts against pregnant women, according to the National Conference of State Legislatures.

Many women’s rights advocates expressed outrage regarding Jones’ arrest, with some calling it another attempt to charge women for crimes related to their pregnancies. Legal scholars said her arrest raised questions about what other scenarios, such as driving a car or swimming in a pool, could constitute putting a fetus in danger.

Lynn Paltrow, executive director of National Advocates for Pregnant Women, said she's pleased to see the case dismissed but noted it would be a mistake to see it as an outlier.

"We hope there are no more cases like this in the future, but our experience in 40 years of cases suggests that we will see many more such misuses of the law in the name of fetal personhood in the future," Paltrow said.

The case emerged after Alabama passed the country's most hardline anti-abortion legislation.

The new law makes performing an abortion at any stage of pregnancy a felony punishable by 10 to 99 years or life in prison for the provider. The law makes no exception for pregnancies resulting from rape or incest. The only exception would be when the woman's health is at serious risk.