A Philadelphia police officer has been arrested and charged in connection with a 2017 robbery and assault, prosecutors said.

PHILADELPHIA - A Philadelphia Police officer and two men have been charged in connection with a robbery and assault of multiple people at a North Philadelphia business in 2017, prosecutors announced Thursday.

According to prosecutors, Miranda faces drug charges as well as charges of misusing PPD resources for criminal purposes. 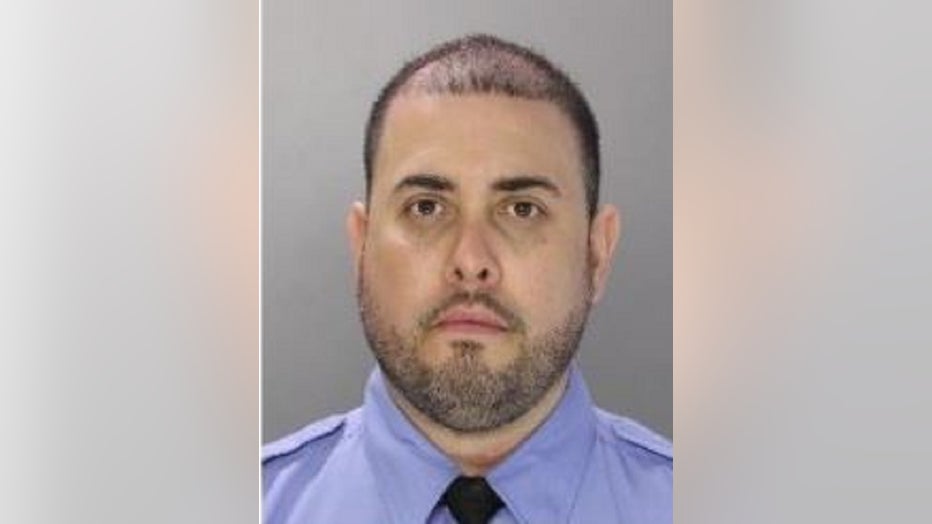 Investigators say Miranda along with Gregorio Esquilin and Juan Luis Esquilin conspired to rob individuals participating in gambling activity out of a business in the area of 4200 Rising Sun Ave.  The district attorney's office said during the December 2017 incident, 15 people were robbed, threatened, and/or assaulted and the business was robbed.

“Accountability must be even-handed. Our careful and thorough investigation into this matter since it was referred by the Philadelphia Police has resulted in a measure of accountability that is equal and evenhanded for those involved – both civilians and police,” District Attorney Larry Krasner said, adding, “Crimes by police are more likely to occur where there is a vacuum of accountability. Police officers hold a position of trust, and the criminal legal system has always considered abuse of a position of trust as an extremely serious offense. I am pleased to see that Police Commissioner Outlaw and the DAO are jointly headed in a more constructive direction.”

Philadelphia police issued a statement that said Miranda was arrested at about noon Thursday. Outlaw has suspended Miranda for 30 days with the intent to dismiss at the end of the 30 days.