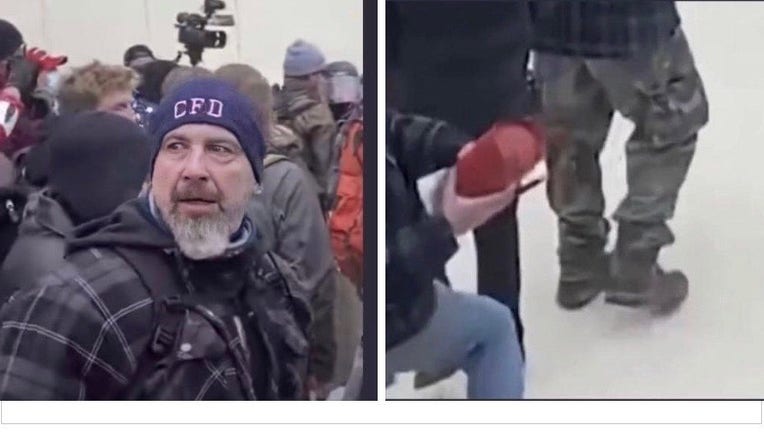 WASHINGTON (FOX 5 DC) - A photo of a protester who is a person of interest in the riot at the U.S. Capitol was released to the public Tuesday.

Louisiana Senator Bill Cassidy posted a photo on Twitter he said U.S. Capitol Police shared with him saying the man in the photo was wanted for questioning in connection with the murder of fallen Capitol Police Officer Brian Sicknick.

Later, Sen. Cassidy walked back his initial statement, saying, "Capitol Police has informed me this individual is a person of interest, but for a separate incident that occurred at the Capitol on Jan. 6th."

Prior to the rally, protesters poured into the nation’s capital to support President Donald Trump, and to challenge the results of the 2020 election.

The president has maintained that the results of the election are fraudulent.

FBI receives 50,000 tips connected to Capitol riots; charges, including sedition, on the table

Federal investigators continue to track down people from across the country accused in the siege on the U.S. Capitol.

Following the rally, a mob marched to the Capitol building and quickly overwhelmed police there.

Five people died as a result of the incident, which sent shockwaves throughout the country.