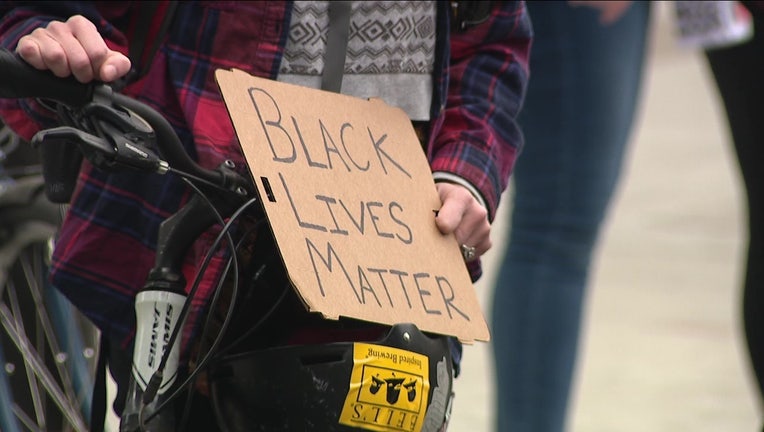 PHILADELPHIA - Hundreds of protesters gathered in Philadelphia on Saturday to denounce police brutality in the wake of the officer-involved shooting of Daunte Wright, a Minnesota man who was fatally wounded during a traffic stop last week.

The rally comes days before a verdict is expected to be reached in the trial of former Minnianapolis police officer Derek Chauvin, who is accused of killing George Floyd. Philadelphia, and cities across the country still reeling from the destructive riots last summer, have started to make preparations for the Minnesota court's findings.

The Pennsylvania National Guard rolled into Philadelphia on Saturday as part of beefed-up security measures that police commissioner Danielle Outlaw outlined during a Friday afternoon press conference. She said peaceful organizers would have their first amendment rights protected but those seeking destruction and violence will not be tolerated.

Peaceful crowds that turned out on Saturday culminated around City Hall to offer yet another desperate plea to end police-involved violence. Organizers marched for Floyd, Wright and 13-year-old Adam Toledo who was shot and fatally shot by an officer in Chicago.

"I have a 13-year-old son and I'm so afraid," Jonelle Francis said. "What is going to happen when it's time for him to start driving and be out on the streets?"

Meanwhile, the Philadelphia Police Department has canceled scheduled off-days in order to widen patrols around the city. Outlaw on Friday that residents may notice an increased number of bike and horseback cops.

The city is preparing for potential unrest in the wake of the impending verdict in the Derek Chauvin trial.

Governor Tom Wolf signed a proclamation of disaster emergency Friday, activating more than 1,000 Pennsylvania National Guard state active-duty members to support local officials in Philadelphia. The action was taken at the request of the City of Philadelphia.

"This declaration allows the commonwealth to take preemptive steps to ensure the safety of our fellow Pennsylvanians," said Gov. Wolf. "The activation of the National Guard supports the current efforts in Philadelphia to protect our beloved neighbors and city." 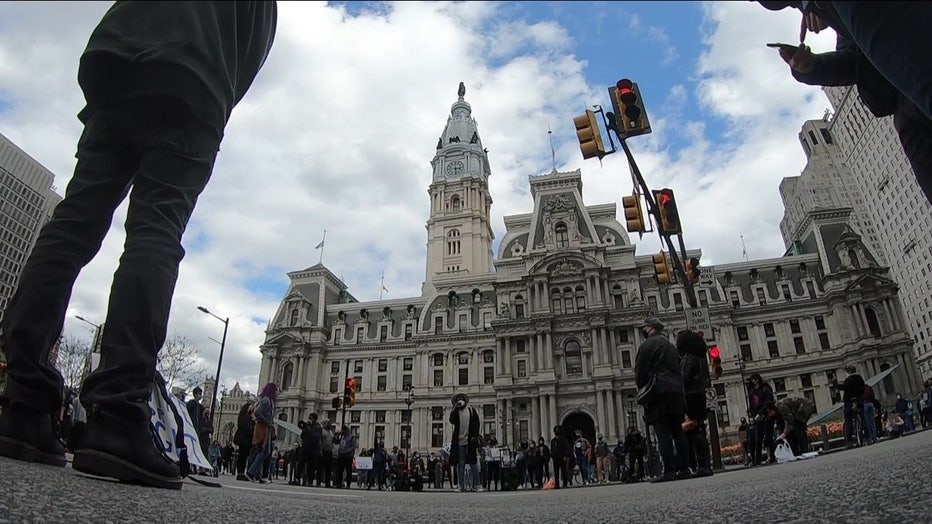 "When the verdict comes, no matter the outcome, let us resolve to demonstrate peacefully, to voice the pain and anguish loud and clear but without destruction, and let us stay united working to ensure that Black lives matter today--and every day," Mayor Jim Kenney said.

Closing arguments in the Derek Chauvin trial are slated to happen on Monday, according to Trial Judge Peter Cahill.

Cahill told the jury closing arguments and jury instructions will begin at 9 a.m. on Monday, giving them a long weekend to prepare for sequestration. After that, the jury will be sequestered immediately and begin deliberating. They will remain sequestered until they reach a verdict.