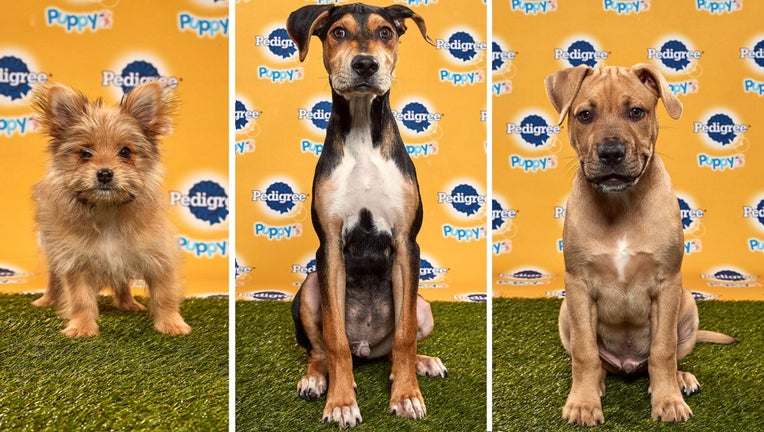 The competition will feature 96 puppies representing 61 animal rescue organizations from more than 25 states.

The "Sweet 16" celebration — which pits Team Ruff against Team Fluff in a battle to earn the inaugural “Lombarky” trophy — will also feature several pups from across the Delaware Valley.

“Even though our pup didn't make the starting lineup we are certain that this underdog will make an impact at Puppy Bowl XVI for Team Ruff!” ACCT Philly wrote in a Facebook post. 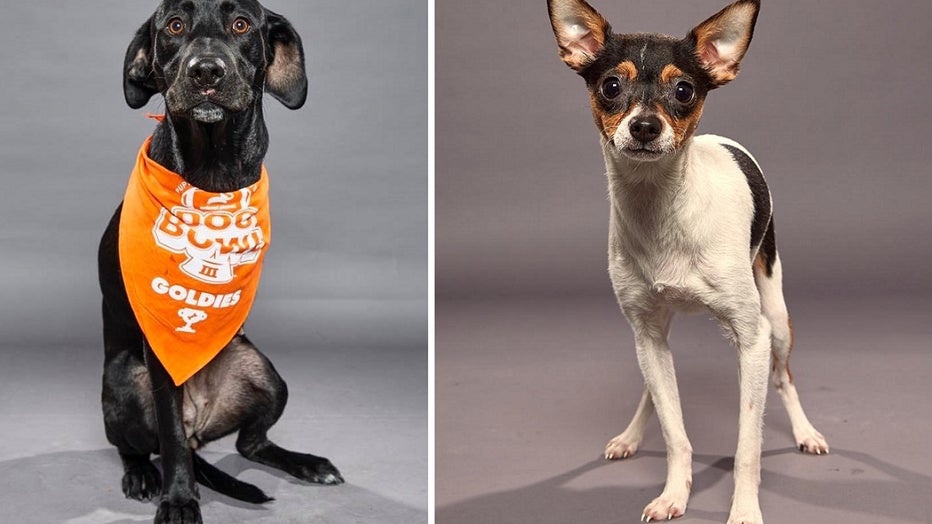 Left to right: Tia, a 4-year-old tri-pod pup from Providence Animal Center, will compete in the Dog Bowl. ACCT Philly's 20-week-old Artemis will participate in the Puppy Bowl. (Animal Planet)

Other expected highlights include a puppy water bowl cam, a Puppy Bowl blimp, a puppy kiss cam, and a hamster named Surge, who will take the wheel to power the event's scoreboard.

In past years, 100% of the participating puppies have been adopted to loving families.

Team Goldies and Team Oldies will match up for their own furry football competition that features 65 dogs representing 32 rescue partners.

Media's Providence Animal Center will attend the event for its third straight year with tri-pod Tia, a 4-year-old black lab on Team Goldies.

The shelter visited Good Day Philadelphia with three Philadelphia Eagles-inspired pups ahead of their Puppy Bowl XV apperance in 2019.