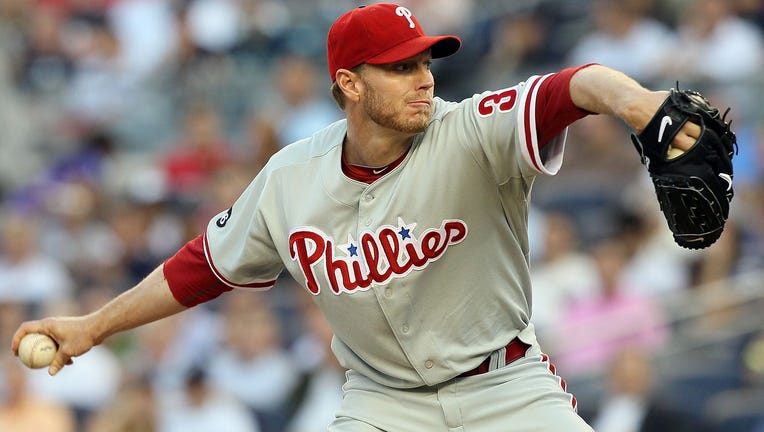 FORT LAUDERDALE, Fla. - A federal report says Baseball Hall of Famer Roy Halladay had drugs in his system and was doing extreme acrobatics in his small plane when it crashed into Tampa Bay in 2017, killing him.

The National Transportation Safety Board said Wednesday that the former Toronto Blue Jays and Philadelphia Phillies star had amphetamine levels about 10 times therapeutic levels in his system along with other drugs that can impair judgement.

He was doing a series of maneuvers when the plane suddenly nosedived into the water on Nov. 7, 2017.

The report said Halladay had sometimes come within five feet of the water before the crash.

Brandy Halladay, the widow of Roy Halladay, released a statement through the Philadelphia Phillies on Thursday:

“Yesterday’s NTSB report on Roy’s accident was painful for our family, as it has caused us to relive the worst day of our lives. It has reinforced what I have previously stated, that no one is perfect," Halladay said.

"Most families struggle in some capacity and ours was no exception. We respectfully ask that you not make assumptions or pass judgement. Rather, we encourage you to hug your loved ones and appreciate having them in your lives. As a family, we ask that you allow Roy to rest in peace.”

Roy Halladay autopsy: Traces of morphine in system at time of crash