Dozens of residents are displaced after an apartment fire in&nbsp;Conshohocken Tuesday morning. FOX 29's Marcus Espinoza has the latest.

CONSHOHOCKEN, Pa. - Dozens of residents are displaced after a fast-moving apartment fire in Conshohocken, Montgomery County.

The fire broke out at the Sherry Lake Apartments, which is located on the 1800 block of Butler Pike in Conshohocken around 9:15 a.m. Tuesday. 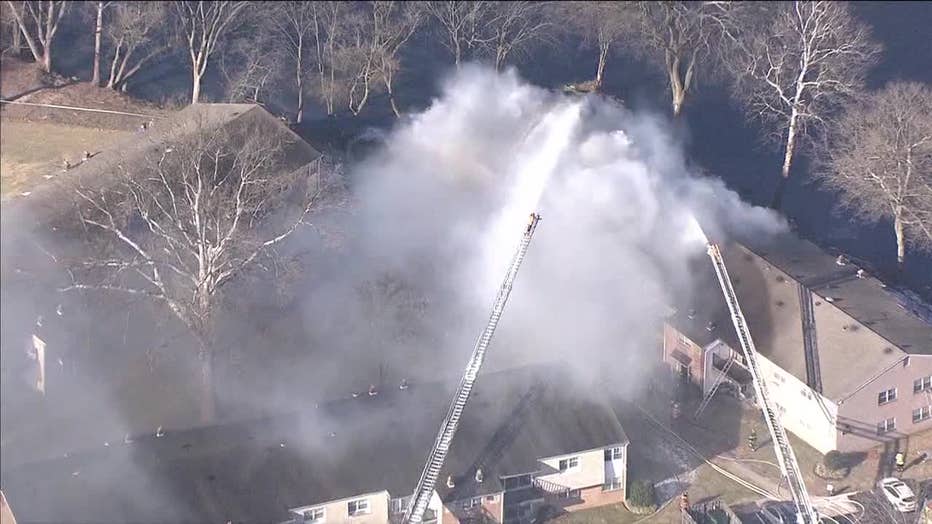 The wind and cold gave crews additional challenges while trying to get the flames under control.

“The icing and things like that. Our public works crew is here now providing ice and they have salt for the ice and trying to make the environment a little bit safer for the operation," Whitemarsh Township Lt. Greg Keenan said.

The fire affected 16 units and 25 residents. No injuries were reported, but one animal died due to smoke inhalation. The Red Cross is assisting displaced residents.