Jerry Curran, 78, and his wife checked into a resort on January 22 in Punta Cana to enjoy a vacation with another couple, family members told news outlets.

PUNTA CANA, Dominican Republic - The family of a retired police officer said he died after falling ill during a vacation to the Dominican Republic, adding to the number of American tourist deaths to occur over the past year at various resorts across the Caribbean country.

Jerry Curran, 78, and his wife Janet checked into a Dreams Resort in Punta Cana on January 22 to enjoy a week-long vacation with another couple, family members told WKYC-TV in Ohio.

A few days after their arrival, the retiree from Ohio who had recently moved to Florida, died.

“He went to the Dominican Republic healthy and he just never came back,” daughter Kellie Brown told the station. "I thought something's not right. My father was a healthy 78-year-old, he took care of himself and I just didn't think anything like this was possible, but then I started to hear other people's stories."

After having dinner and drinks on the night of their arrival, Brown told the station that her father fell ill and spent the next couple of days in bed. By early Friday morning, he began vomiting and was unresponsive, according to the station.

Curran was hospitalized and put on a ventilator before being taken into surgery, Brown told WKYC.

“He made it through surgery and he died about eight hours later,” Brown told the station. 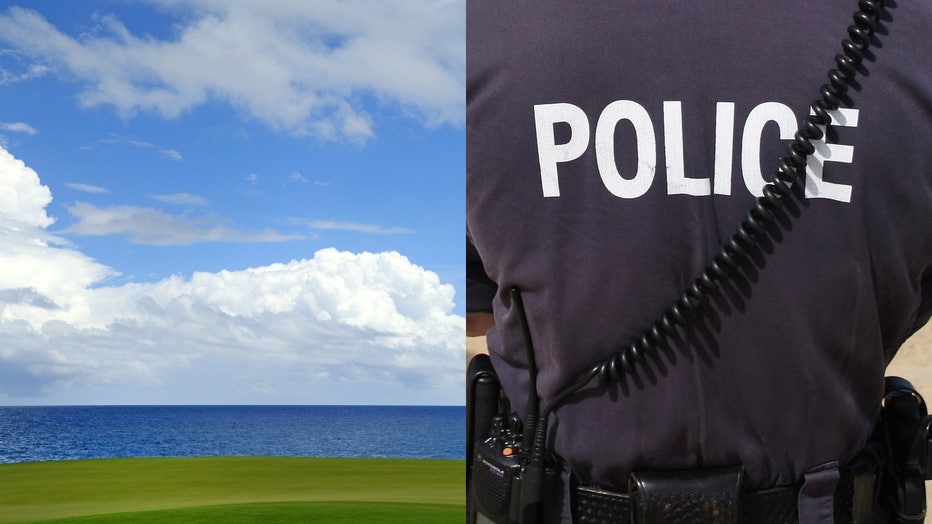 A file photo of a golf course in Punta Cana is shown, alongside a file image of a police officer. (Photo credit: Mike Ehrmann and James Green/Getty Images)

Four things were listed as Curran’s cause of death, according to WKYC: Cerebral hypoxia, meaning no oxygen to the brain, pulmonary edema, or excess fluid in the lungs, subdural hematoma, a brain bleed and severe encephalitic cranial trauma, meaning a traumatic brain injury.

Brown told the station that her father “never complained of hitting his head or falling,” but that he had been taking blood thinners.

The Bedford Police Department, where Curran spent years serving, posted about his death in February.

“He served the City of Bedford for 42 years before moving to Florida with his wife. Rest In Peace TC you will be missed by many,” the department wrote on Facebook.

The U.S. State Department confirmed the death of a U.S. citizen in January, but did not release a name.

“We offer our sincerest condolences to the family for their loss,” a State Department spokesperson said in a statement.

AMResorts, which operates Dreams Resorts in Punta Cana, did not immediately respond to a request for comment.

Curran’s death is the latest in a rash of U.S. tourist deaths in the Dominican Republic under mysterious medical circumstances, which mostly involve people who were believed to be generally healthy and showed no signs of illness before their trips.

In June 2018, Yvette Monique Sport, 51, of Pennsylvania, died after arriving at Bahia Principe resort in Punta Cana, family said. Her sister, Felecia Nieves, said Sport had a drink from the minibar inside her hotel room, went to bed and never woke up. “Heart attack” was listed as the cause of death.

In July 2018, 45-year-old David Harrison, of Maryland, felt sick one night while vacationing at a different resort in the Dominican Republic, according to his wife, Dawn McCoy. She said she called repeatedly for an ambulance but was told by staff that the resort doctor must check him first, according to Fox News. McCoy said it took a long time for a doctor to arrive and he died. Harrison was said to be in good health, and the official cause of death was pulmonary edema and heart attack.

In April 2019, Robert Bell Wallace, 67, became sick soon after drinking a scotch from the room minibar at the Hard Rock Hotel & Casino resort in Punta Cana, family told Fox News. He was in the Dominican Republic to attend his stepson’s wedding. His niece, Chloe Arnold, said a hotel doctor checked Wallace, then decided that he needed to be hospitalized. He died on April 14 with the cause listed as a heart attack.

On May 25, 2019, Miranda Schaup-Werner, 41, of Pennsylvania, was preparing to dine with her husband when she began to feel ill and subsequently died at the Luxury Bahia Principe Bouganville hotel in La Romana, operated by Bahia Principe Hotels & Resorts. A family spokesman told news outlets that she collapsed after getting a drink from the minibar. Her death certificate mentioned pulmonary edema and cardiac abnormalities, according to Fox News, while the cause of death was ruled a heart attack.

On May 30, 2019, Edward Holmes, 63, and Cynthia Day, 49, both of Maryland, were found dead at Grand Bahia Principe La Romana, a resort also operated by Bahia Principe Hotels & Resorts. The couple was found unresponsive in their room by a resort employee who went in after they failed to check out. A preliminary autopsy listed pulmonary edema and internal bleeding, according to Fox News. Holmes was listed as having an enlarged heart and cirrhosis of the liver.

On June 11, Leyla Cox, 53, of New York, was found dead of a heart attack in her hotel room in the Dominican Republic. Cox, from New Brighton, went on vacation alone and was expected to return a week later. Her son, 25-year-old Will Cox, told Fox News that Dominican authorities were pressuring him to have his mother’s body embalmed or cremated before its return to the U.S.

On June 13, Joseph Allen, 55, of New Jersey, was on vacation at the Terra Linda resort in Sosua to celebrate a friend's birthday when he was found dead in his hotel room after feeling ill the night before, his brother told Essence Magazine. In a letter to New Jersey senator Bob Menendez, his brother said that Allen “just had a physical before his trip that showed him to be in very good shape with no issues.”

It was unclear if any of the deaths were linked, but tourism officials in the Dominican Republic said that the FBI and health specialists were investigating many of the cases.