OAKLAND, Calif. (AP) - Police are stepping up their patrols and volunteers are increasing their street presence after several violent attacks on older Asians stoked fear in San Francisco Bay Area Chinatowns and subdued the celebratory mood leading up to Lunar New Year.

City officials also have visited Chinatowns in San Francisco and Oakland this week to address residents' safety concerns and condemn the violence. They vowed to combat a problem that has been simmering since the start of the coronavirus pandemic but sparked new outrage after two unprovoked attacks were caught on video within a span of days and spread widely online.

In one, a young man shoved Vicha Ratanapakdee to the ground on Jan. 28 as he was taking his morning walk in San Francisco's Anza Vista neighborhood. The 84-year-old Thai man's head struck the pavement, and he died two days later in a hospital. Prosecutors charged a 19-year-old with murder and elder abuse.

On Jan. 31, a security camera caught a man in a hooded sweatshirt barreling into a 91-year-old Asian man in Oakland's Chinatown, causing him to fall face-first into the pavement, narrowly missing a bike rack. Police arrested the suspect and said he had assaulted a couple on the same block later that day and another on Feb. 1.

Community advocates said the attacks have left many older Asians fearful about going out to shop for Friday's start of the Lunar New Year, the most important holiday in several East Asian countries that marks the beginning of the Chinese lunar calendar. Shops and restaurants are typically bustling in Chinatowns this time of year, but the pandemic and safety concerns have dampened the festive atmosphere. 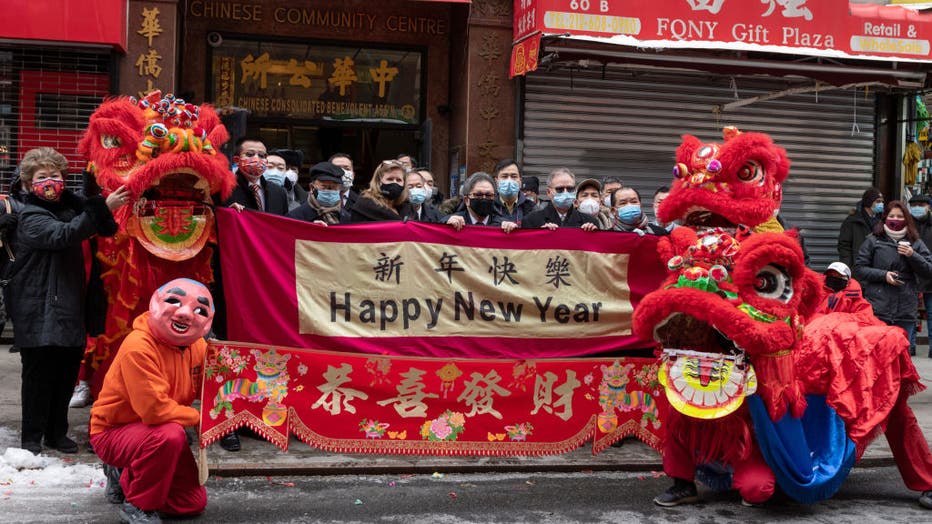 "There's a huge amount of sadness and rage in the community," said Alvina Wong, director of the Asian Pacific Environmental Network. "Folks are on edge and tense and don't know when the next thing is going to happen. They see what's happening in other cities, and it's not stopping."

The recent attacks represent the latest spike in verbal and physical attacks against Asian Americans since the coronavirus, which emerged in China, reached the United States. Stop AAPI Hate, launched by two advocacy groups to encourage Asian Americans to report such incidents, has documented more than 3,000 attacks to date.

O'Malley said older Asians are targeted because of the stereotype that they don't report crimes due to language barriers. Her office is investigating whether the attacks were racially motivated and has launched a special response unit focused on crimes against Asian Americans, especially older Asians.

She said her team will focus on outreach and encourage victims to report crimes.

"For many of the seniors, it's not part of their nature or culture to call the police. Some of them come from countries where you do everything to avoid the police," the prosecutor said. "So the more they meet with us and understand our culture, the more people will open up to us about what's been happening to them."

Oakland's new police chief, LeRonne Armstrong, visited Chinatown twice in his first week to build trust with business owners and residents and let them know about the increased presence of police there.

"We want them to feel like they're not alone," he said.

Meanwhile, the attacks have prompted volunteers to offer to walk older residents to their cars or homes after shopping.

Jacob Azevedo said more than 200 people signed up after he posted on social media the idea of an on-call buddy system to chaperone residents who feel unsafe walking alone in Oakland's Chinatown. They also donated thousands of dollars to help him buy a personal alarm device that will be distributed to older Asians in the community.

"The only way that we can help people and stop this from happening is if everyone steps in," he said.

Azevedo said he intends to keep the program going "as long as old people don’t feel safe and people are taking advantage of a vulnerable group like that."