How the decision could impact Pennsylvania, New Jersey and Delaware

The national uproar started Monday night when Politico reported a leaked draft opinion on the landmark Roe V. Wade and Casey decisions written by Justice Samuel Alito. Politico cautioned that the draft was written in February, and may have already been re-written. In addition, Justices sometimes change their votes.

"Roe was egregiously wrong from the start. Its reasoning was exceptionally weak. And the decision has had damaging consequences," Justice Samuel Alito wrote, in the draft opinion. "We hold that Roe and Casey must be overruled."

A day later, officials with the Supreme Court confirmed that the leaked draft ruling is authentic, but also states that the draft opinion "not represent a decision by the Court or the final position of any member on the issues in the case."

The news brought out an almost immediate reaction from both Pro Choice and Pro Life activists. Locally, both groups gathered outside the Planned Parenthood building in Center City Philadelphia on Tuesday to make their voices heard.

"I’m actually thinking about moving out of the country," Macky Delapiedra told FOX 29's Jeff Cole. On the other side of the aisle, a Pro Choice advocate said she cried Monday night at the prospect of overturning Roe V. Wade.

According to Cornell Law School's Legal Information Institute, the case that led to the Roe v. Wade ruling involved a pregnant single woman, named then only as Jane Roe, who brought a class-action lawsuit to challenge the constitutionality of criminal abortion laws in Texas.

According to an Associated Press article published at the time of her death, McCorvey was 22 when she sought to have an abortion in Texas in 1969. At the time, McCorvey was on her third pregnancy. She was also unmarried and unemployed at the time.

At the time McCorvey sought an abortion, Texas law criminalized abortions, except in cases to save a woman's life. 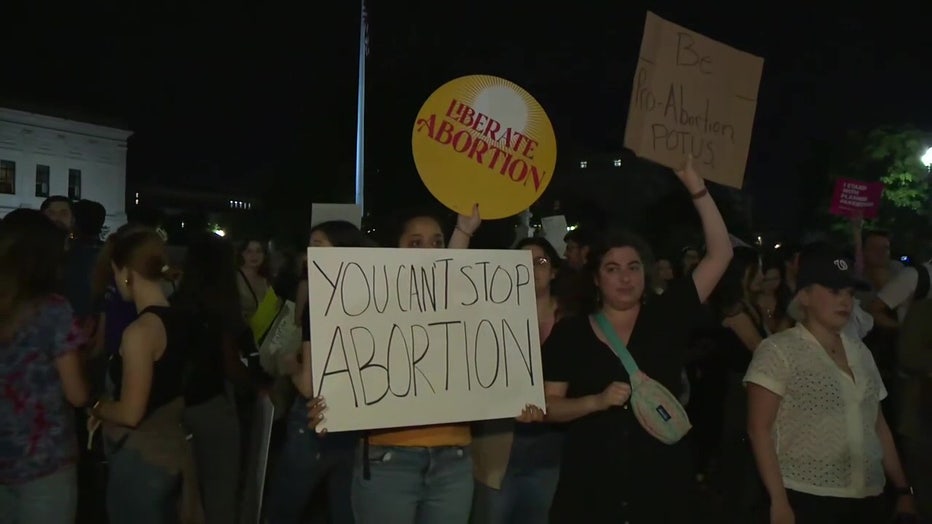 Until now, the court has allowed states to regulate but not ban abortion before the point of viability, around 24 weeks. If Roe v. Wade is overturned, it would remove the federal guarantee of abortion protection and allow each state to set its own rules.

However, states that comprise the Delaware Valley are seen as unlikely to change their stance Pro Choice stance on abortion rights. New Jersey Gov. Phil Murphy on Tuesday pressed the right to an abortion into state law.

"If the court does indeed take this awful step, this decision will have no impact on N.J. State law or the full right to reproductive freedom under out state law," Murphy said.

Delaware passed a similar law in 2017 and may further expand access to abortion. Pennsylvania, Governor Wolf pledges as long as he’s around "abortion will remain safe and legal."

With November mid-term elections looming, voters on both sides of the abortion argument say they're ready for a fight.

"We’re happy to see women cared for by not having abortions and, of course, the fundamental right is the right to life and the unborn are humans," said Tony Stevens from the Pro-Life Union of Greater Philadelphia.

The Supreme Court is expected to rule on the case before its term is up in late June or early July.