The manager of strategic planning for SEPTA joined FOX 29's Alex Holley and Mike Jerrick to talk about their $40 million plan to rebrand their subway and rail lines called SEPTA Metro and the changes they plan to put into motion including new names and colors.

PHILADELPHIA - Did you know that Center City trains and trolleys make up something called the SEPTA Rail Transit Network?  If you didn’t that's probably because there is very limited signage to suggest that these public transportations lines were bundled underneath an organized title. SEPTA thinks that should change.

SEPTA Metro could become the new name for these trains and trolley cars as part of a major rebranding effort to make the system more user-friendly, especially to those who aren’t from Philadelphia and those who speak other languages.  SEPTA's strategic planning manager Lex Powers says it’s time.

"One of my favorite examples is the Broad Ridge Spur on the Broad Street Line," said Powers. "That term spur doesn’t translate well into other languages. It’s very difficult trying to explain how to use something like that in Spanish or Chinese or another language."

Powers explains that it can be difficult for those who are unfamiliar with SEPTA to acclimate to the signage so that's partially the reason for the rebrand. 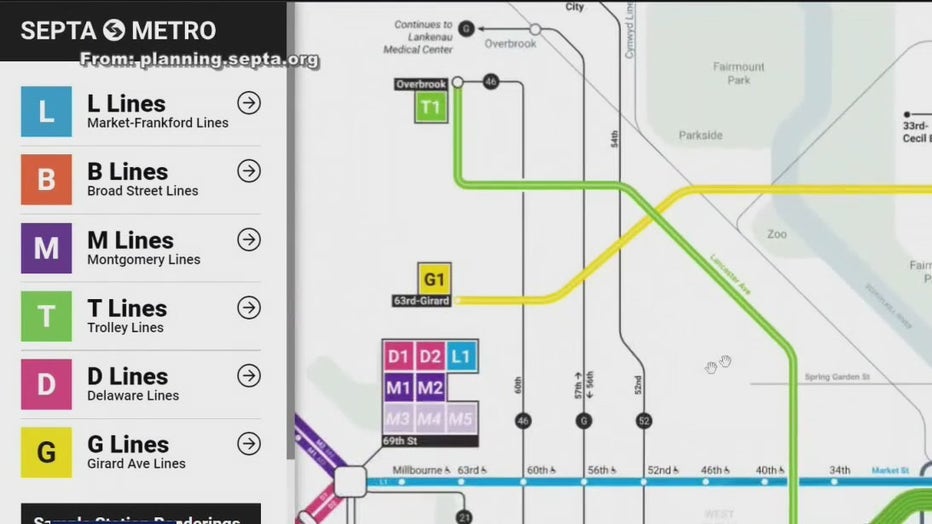 "I’ve been getting on this "L" since I was my son’s age.  Now, they’re deciding to change it to the name it’s been called all my life? What took them so long to catch up to us? That’s all I wanna know," Miya Anderson said.

Research has shown that most of the people call it the "L" line locally; however, they're hoping to make it more uniform for those who are unfamiliar with the SEPTA system.  Many of the names of the lines of the SEPTA system date back to over 100 years ago so it's important to bring SEPTA into the modern century, Powers also explained.

SEPTA is revealing these proposed changes after conducting research for more than a year.

"It is all about how we can communicate more effectively with our customers and let them know how they can use SEPTA to the best of their ability," says Powers.

Still, this is all a proposal so take that in mind when you visit the site to submit your feedback.

The plan to rebrand SEPTA is something that will likely take at east a year if not longer to execute.