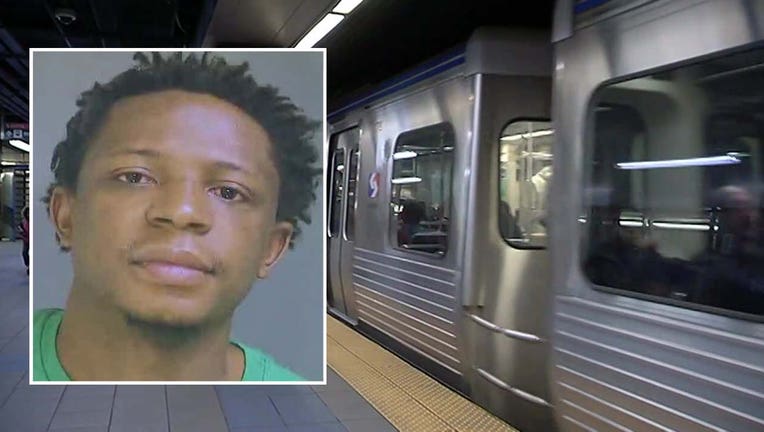 FIston Ngoy, 35, has been ordered to stand trial after he was accused of raping a woman on a crowded SEPTA train.

UPPER DARBY, Pa. - The man accused of raping a woman in front of other passengers on board a SEPTA train has been ordered to stand trial in Delaware County.

Around 10 p.m. on the night of the alleged incident, Upper Darby police officers responded to the 69th Street Terminal after receiving a call from an off-duty SEPTA employee who claimed that "something wasn’t right" with a woman on a Market-Frankford Line train.

SEPTA police responded to the 69th Street Terminal and arrested Ngoy. The victim was taken to a nearby hospital for treatment.

In an arrest affidavit for Ngoy, police said he boarded the train shortly after the woman, quickly sitting next to her, and repeatedly tried to touch and grope her over the next almost 40 minutes. Investigators say surveillance video also shows the woman pushing Ngoy away several times.

Ngoy, who told police he had seen the woman before and that the sexual encounter was consensual was being held on $180,000 bail. The woman said she had never met Ngoy and did not give him permission to touch her.

In the weeks following the alleged attack, Upper Darby Police and SEPTA officials initially expressed dismay that passengers did not call 911 or report the attack. Upper Darby Police Superintendent Timothy Bernhardt told reporters there were passengers present who "should have done something," in his opinion.

SEPTA Transit Police Chief Thomas Nestel claimed multiple people held their phones up in the direction of the attack.

Delaware County District Attorney Jack Stollsteimer explained in a news conference that the other passengers on the train who may have witnessed the incident were not present for the entire 40-minute interaction. He added that anyone who did see it may not have understood what they were saying.

"People get off and on at every single stop," Stollsteimer said. "That doesn’t mean when they get on and they see people interacting that they know a rape is occurring."

"The narrative that there is a group of people callously filming and didn’t act, is simply not true," Stollsteimer claimed. He later added that surveillance video showed two passengers holding up phones toward the assault, and that one of those people provided video to authorities as part of the investigation.