Ian Pisarchuk, 25, is facing a long list of felony charges after police say he used social media to extort female victims into sending him explicit photos. Authorities say they have also linked him to a suicide that occurred in 2016.

BENSALEM, Pa. - A Bucks County man is facing a long list of charges for his alleged role in multiple sextortion cases they say targeted young women and minors as young as 12.

Bensalem Township police say their investigation begin in Oct. 2020 when they received a report that a juvenile was harassed and threatened via Snapchat. Police say an unknown subject had threatened to post naked pictures of the girl if she did not send more naked pictures to him.

In Feb. 2021, Snapchat provided a specific IP address that they say was used by the subject in that case and traced it back to a residence on the 3600 block of Skyline Drive in Bensalem Township.

The following month, detectives responded to that address and made contact with Ian Pisarchuk, who they say admitted to using Snapchat to communicate with girls and state that he had been 'forceful.'

Ian Pisarchuk, 25, is facing a long list of felony charges after police say he used social media to extort female victims into sending him explicit photos. Authorities say they have also linked him to a suicide that occurred in 2016.

Authorities say a forensic examination of his cell phone revealed several photos and videos of naked females, and some of them were identified as minors. According to police, Pisarchuk would contact the victims and advise them that he had naked pictures of them, and if they did not send him more videos and pictures, he threatened to post their pictures online.

As a result, some of the victims sent him more videos out of fear that he would post explicit content of them online.

During a press conference on Wednesday, Bensalem police identified Pisarchuk as a suspect in a suicide investigation. Detectives determined that the 21-year-old woman in that case had been harassed and threatened in a similar fashion by an unknown person on Snapchat. 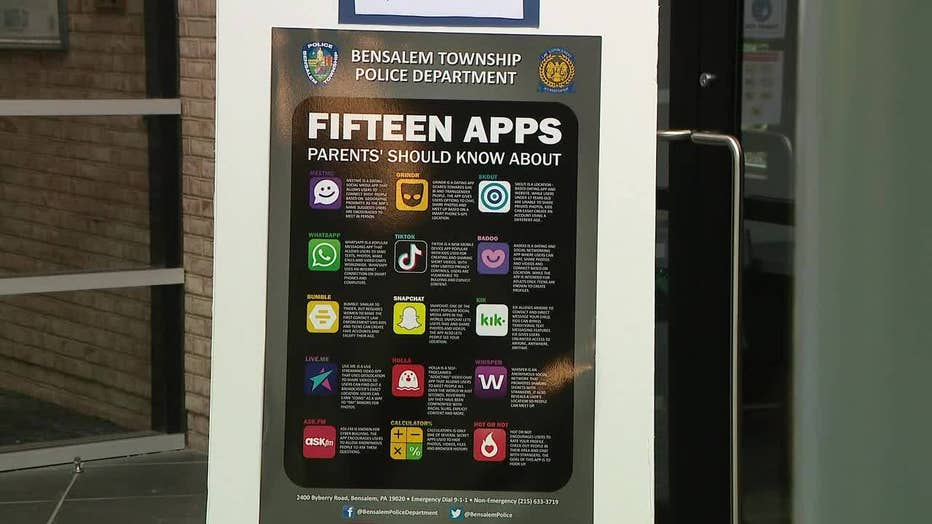 Police eventually tracked an IP address to Kutztown University, but there were too many users on the general school IP to narrow down a specific suspect.

Bensalem Director of Public Safety Fred Harran says that the investigation was never closed and always remained opened "until yesterday."

Pisarchuk was attended Kutztown, where he played football, from 2014-2018.

He was arraigned Tuesday and bail was set at 10% of $2 million. He was sent to Bucks County Prison.