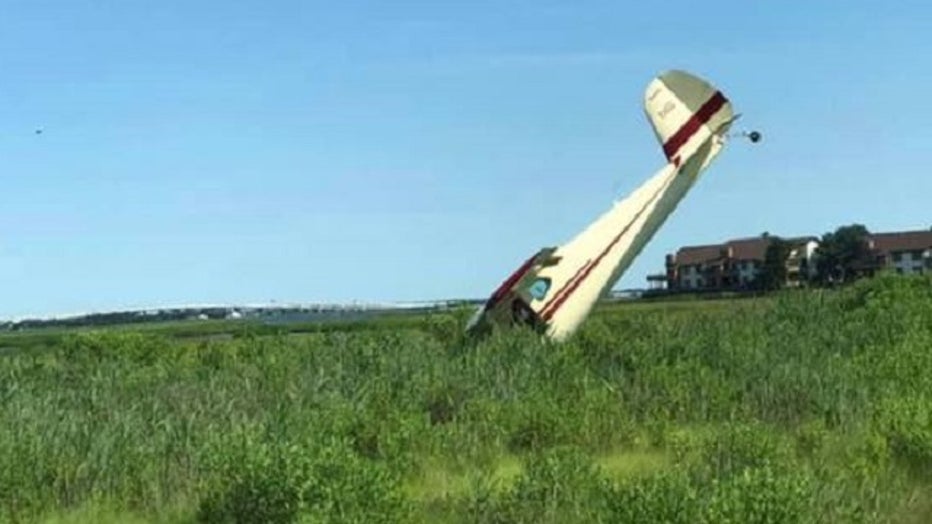 “All of a sudden, I saw the ambulance and the fire trucks come in and I knew something happened,” said Helen Peters.

Peters lives right behind the runway and saw panic along with the resonse rush in with a pilot and a second person on board the crashed plane.

“No, no, nothing. It just worried me about the men on the plane.” Peters replied.

While it looks like a straight nose-dive, Ocean City Police say the plane rolled into the marsh during landing.

County officials say there were no injuries to either of the two people on board.

"You ever stick your feet in that thick bay mud?" Ocean City police asked in a Facebook post. "Well this is what happens when you roll your small single-engine Cessna into it."

“I don’t know whether it was wind or what, but you hate to see a plane go over on its nose, especially with people in it,” Barber added.

Earlier in June, a witness captured another plane in distress in Ocean City. That plane performed an emergency landing on the beach, nearly tipping over. No injuries there, either.