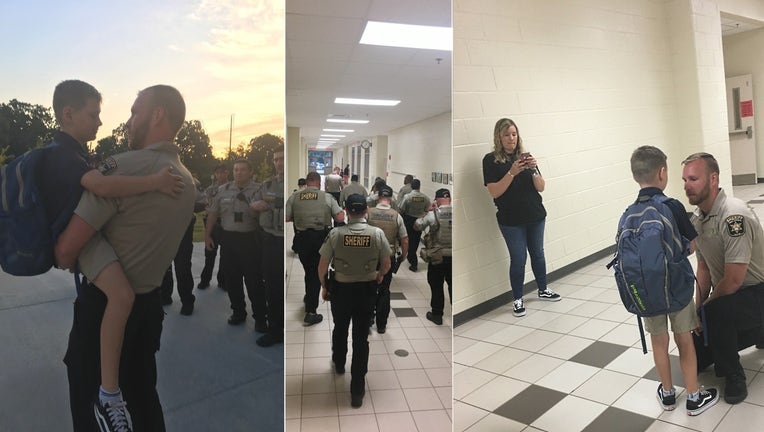 HALL COUNTY, Ga. - Deputies in Hall County do not forget, especially not one of their own. It was a sentiment made obvious Wednesday in a touching post on the sheriff’s office Facebook page.

Caden Dixon and his mother Stephanie got a special escort on the first day of school Wednesday. The fourth-grader was surrounded by sheriff’s deputies as he started his school year. 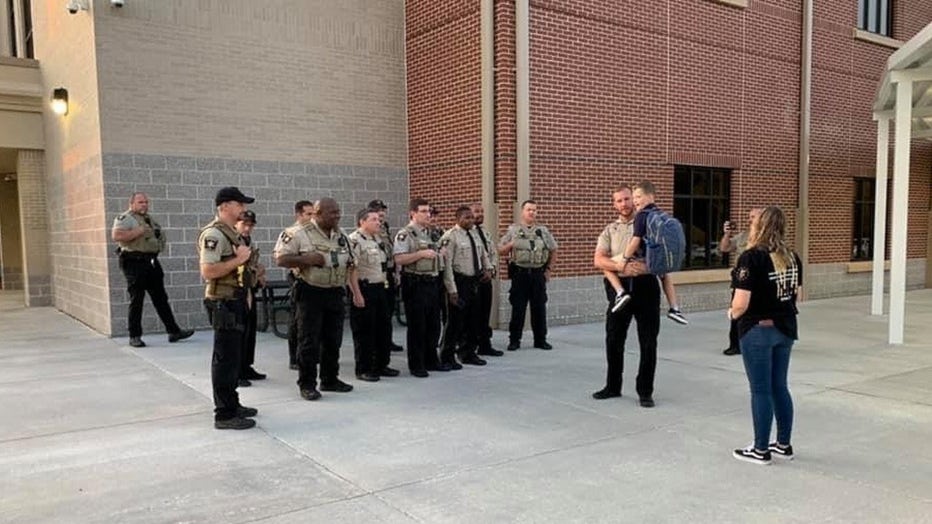 Caden lost his father, Deputy Nicolas Blane Dixon, a month ago. The 28-year-old deputy was killed in a gunfight as he chased teenage burglary suspects on July 7.

“Hall County Sheriff’s Deputies joined Caden Dixon and his mother Stephanie this morning as Caden began the new school year as a fourth-grader. They wanted to give Caden and Stephanie some extra support and encouragement on this first day of class. The Sheriff’s Office and Hall County community are proud of them both.”

Photos accompanying the post show Caden getting a lift from one of the deputies and getting hugs from some of the dozen or so deputies who walked him and his mother to school. 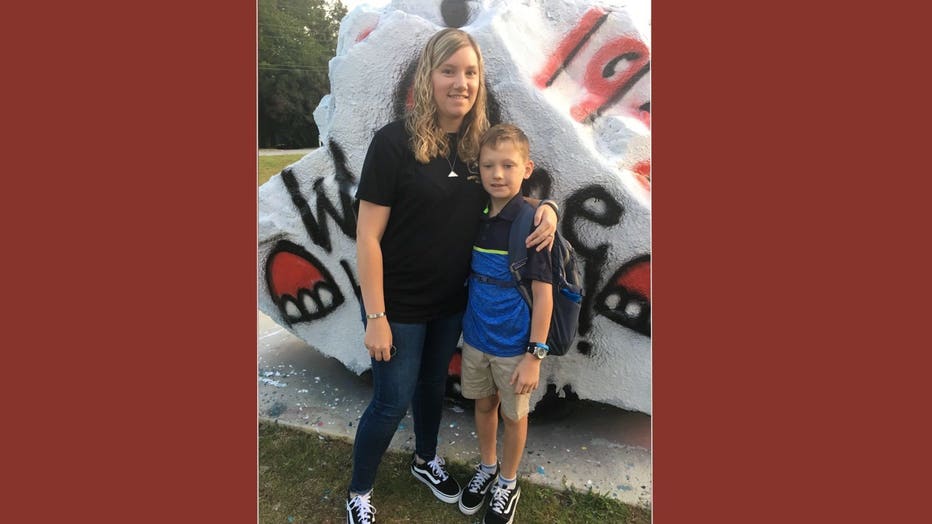 Over the past month, the family has been receiving help from the county, which agreed to extend benefits to the family, and deputies, who established a fund to help the family.

Deputy Dixon also left behind a son, who is not even 6 months old, named Colt. He had been with the sheriff’s office for three years.