FOX 29's Jennifer Joyce reports after a woman was struck and killed while crossing a busy highway to get to her condo in Marlton, New Jersey.

MARLTON, N.J. - A South Jersey woman was killed crossing a busy highway, but her friends and loved ones say it could have been avoided. They say she had to cross the road because her HOA wouldn't let her park her car near her home.

FOX 29's Jennifer Joyce spoke to her roommate and mother.

Jordan Ramaglia, of Marlton, New Jersey, is turning anger and sadness into action.

"This could be anybody.  Anybody’s dad, anybody’s husband," she told FOX 29.

For Ramaglia it was her roommate a bright, happy, hardworking Henkels & McCoy field engineer Tori Gerstenacker, 25. 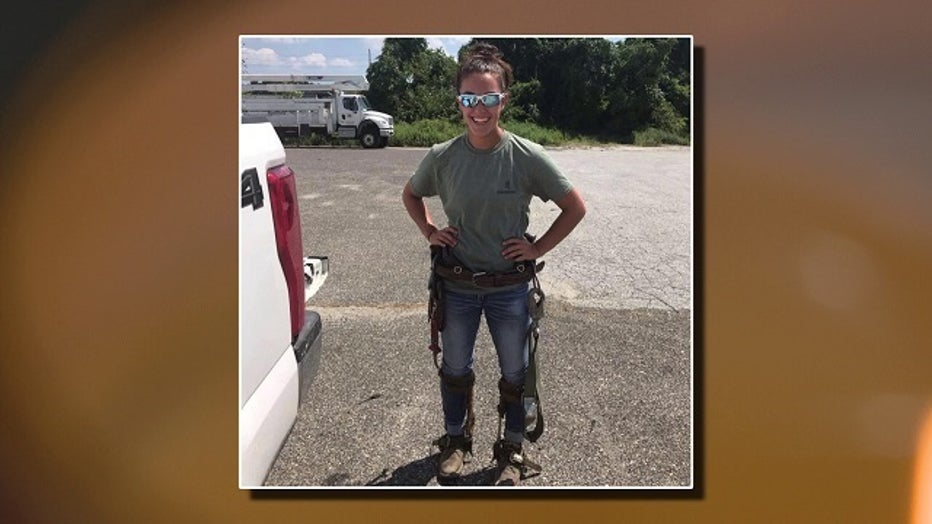 She was struck and killed while crossing Route 70 a week ago Saturday.  Ramaglia says that Gerstenacker was walking back to their condo in Delancey Place after parking her Ford F-150 at the nearest shopping center.

The dangerous routine was her new normal after the community’s HOA slapped her with a warning that if she parked her commercial vehicle in the neighborhood again it would be towed.

It’s a rule that Ramaglia and Gerstenacker's mother are fighting to reverse beginning with a change.org petition. She says she didn’t realize that her daughter was parking across a dimly lit major highway.

Delancey Place tenant Kevin Knight says he parks in the shopping center as well because his everyday vehicle, which is a RAV4 is also a company car.

Knight says he’s reached out to the community manager to fight the rule. Days later, he learned of Tori’s tragic death.

"It just absurd that someone had to lose their life," he said.

FOX 29 reached out to the attorney for the Delancey Place condominium association. He released a statement saying,  “We were very saddened to hear of the death of Ms. Gertzenacker.  We offer heartfelt condolences to her family and friends.  We have no further comment at this time pending the completion of our investigation. “