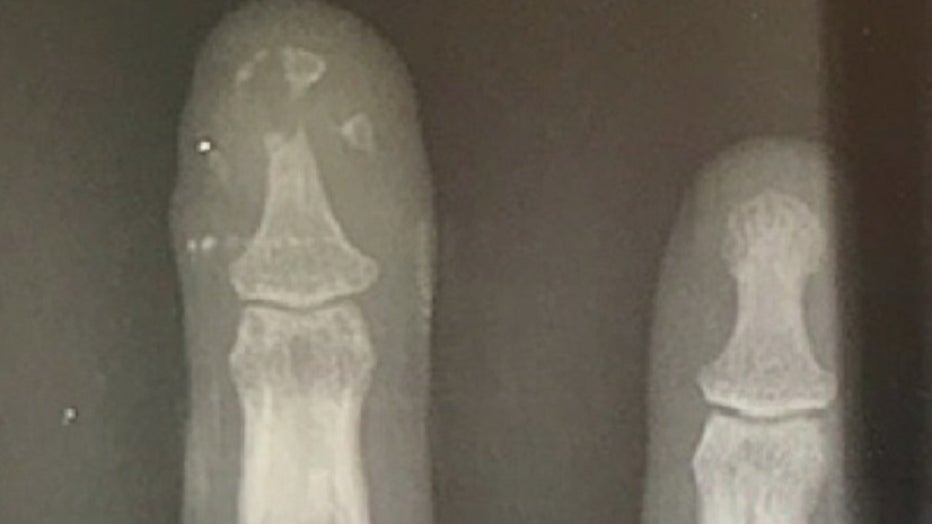 Smith, a welder, crushed his left-hand's middle finger while on the job in 2017. Nearly the entire bone shattered, which drastically hindered his hand's mobility.

"There was no function in the finger, and I had lost a lot of the feeling and sensation as well," said Robert Smith, as he recalled barely being able to grab, grip, or clasp his hand.

According to Dr. Penello, Smith had two obvious options to deal with his injured finger: live with it, or amputate it.

When Smith asked if there was something else they could do, Dr. Penello did some research and decided 3D printing technology was the best alternative.

With the assistance of Additive Orthopaedics, a new finger bone implant was created to fit Smith's exact measurements.

Most prosthesis, Dr. Penello explained, are used by other fabrication methods that are more time consuming and not as precise.

3D printers are making fascinating advancements in the medical industry, but finger bones like Smith's, had never been made. Until now.

A little more than two months after his surgery, Smith says he feels great and has gained mobility back in his finger. He can return to his job as a welder, with the added benefit that he's made medical history.

"To be able to have full use and function of the finger, just like it never happened, is absolutely incredible," Penello said.