Suspect charged with carjacking, kidnapping after police chase through Philadelphia

The Philadelphia District Attorney's Office on Saturday announced charges against a man who allegedly carjacked two people and lead police on a high speed chase through the city on Friday night.

PHILADELPHIA - Philadelphia police arrested a man late Friday night who they believe carjacked two people, including a pizza delivery driver whose family was inside the car when it was stolen.

Investigators say a driver for City View Pizza was making a delivery on the 3600 block of North Broad Street around 9 p.m. when Marcel Jenkins hopped into his Saturn L200 and drove away.

The delivery driver's 25-year-old wife and 2 young children were inside the car when it was stolen, according to police. The family was later reported safe. 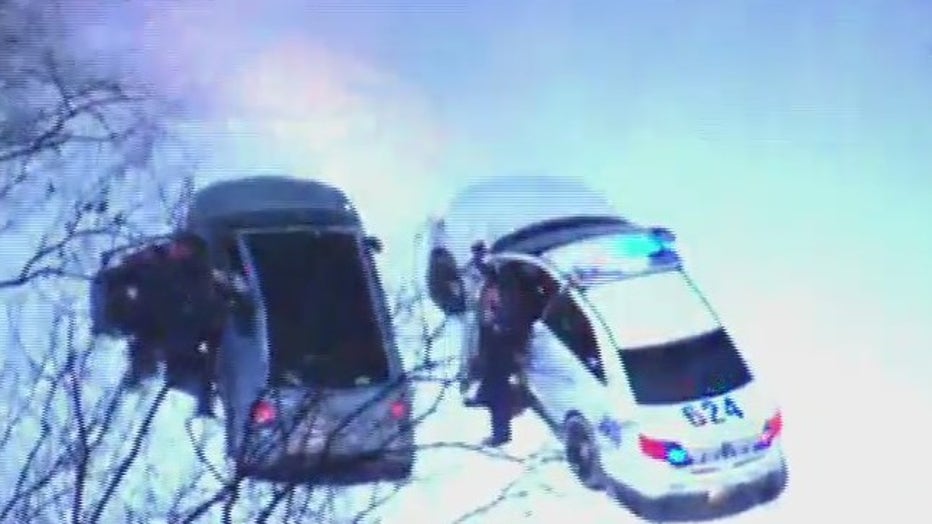 Jenkins, who police say lives in North Philadelphia, rammed into several parked cars on the 700 block of Race Street and later abandoned the stolen car on Spring Garden Street.

Police say Jenkin stole a Toyota Scion from a 29-year-old woman shortly after ditching the Saturn. Jenkins then lead officers on a high-speed chase through the city during which he ignored traffic signals and drove opposite of traffic.

The chase came to an end when Jenkins drove into Franklin Square Park and eventually came to a stop. He was pulled from the car by officers and taken into custody. He is being held on $750,000 bail.

The District Attorney's Office on Saturday announced four sets of charges being brought against Jenkins following his rampage through the city. The charges include kidnapping, carjacking, criminal mischief, vandalism and assault.