EAST NORRITON, Pa. - Officials have apprehended a suspect who they believe opened fire inside an East Norriton bowling alley Saturday night killing one man and injuring four others.

Jamel Barnwell, 17, turned himself in to authorities late Sunday night.

The Montgomery County District Attorney's Office on Sunday said the deadly shooting happened when Barnwell and two others began fighting with another group inside Our Town Alley on Swede Street around 6:30 p.m. 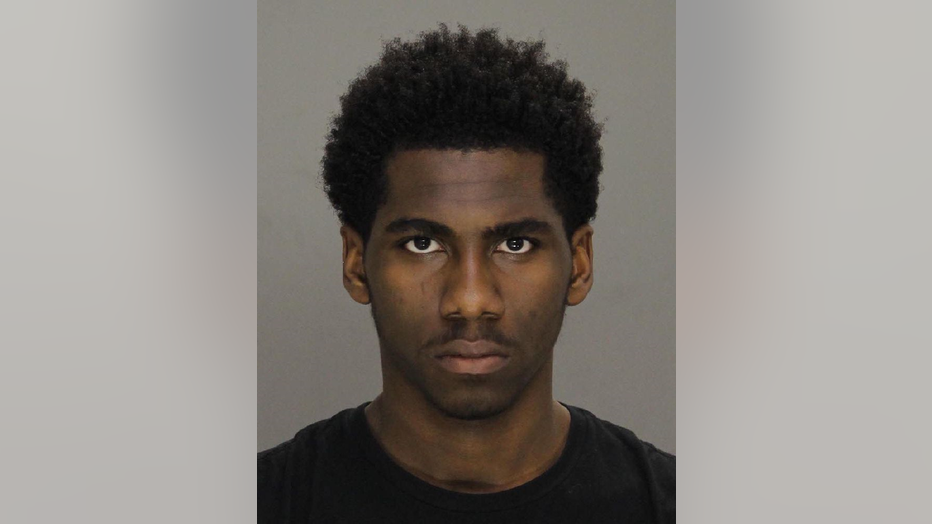 During the fight, officials say Barnwell pulled out a gun with an extended magazine and fired at least 15 shots. Frank Wade, a 29-year-old man from Philadelphia, was fatally wounded. The four injured victims range in age from 19 to 31.

Prosecutors say all three suspects fled the bowling alley immediately after the shooting and left behind three cell phones, one of which belonged to Barnwell.

At least two photos of Barnwell hold a gun were found on his phone, according to police.

"This violent 17-year-old is now safely behind bars," said DA Steele. "I want to thank the media and the public for getting the word out about the defendant being sought on murder charges in this shooting and murder at Our Town Alley bowling lanes. It helped in getting him in custody."

FOX 29's Chris O'Connell has the latest on the search for a teenager who police say is responsible for a deadly shooting inside a bowling alley in East Norriton.