Authorities are searching for a group of thieves wanted for stealing thousands in perfume from beauty stores in several Pennsylvania counties.

PHILADELPHIA - Authorities are searching for a group of thieves who they believe stole thousands in perfume and fragrances from several retail stores in southeastern Pennsylvania.

State police shared surveillance footage of the group's hit over the weekend at an Ulta Beauty store in Lower Macungie Township. While one man who is seen walking with a cane is helped by a store employee, two others filled black trash bags with an estimated $3k worth of perfumes, police said.

The group fled the store in a recent model Toyota Highlander with a temporary registration plate, according to authorities.

Police in Chester County believe two of the men stole $4K in fragrances from a Sephora in Exton the very next morning. Surveillance footage from the store shows a suspect who is believed to be the same man from the Ulta robbery walking with a cane and a New York Yankees hat. 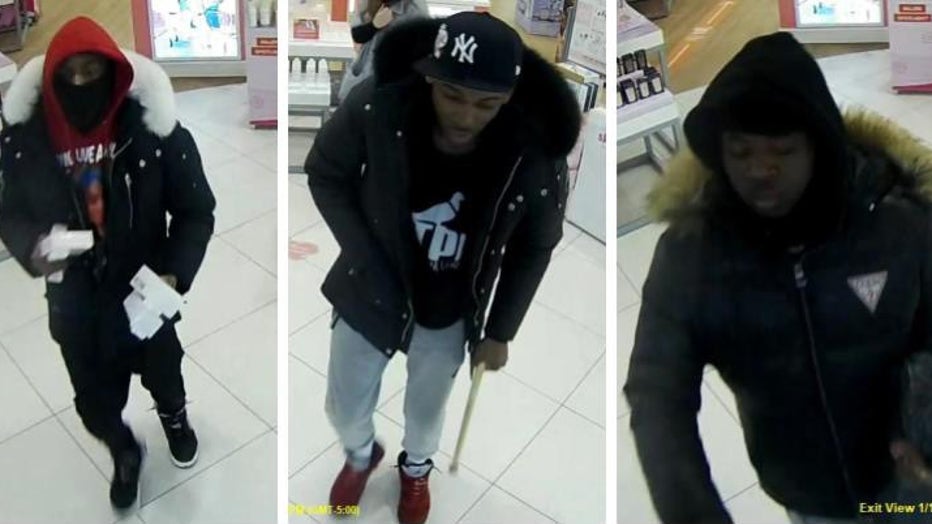 "Several different counties have been impacted by this group going in and stealing fragrance from Ulta stores and now it's continuing into Sephora stores we have information they are doing thefts at Macy’s stores in the area," West Whiteland Township Police Department Detective Scott Pezick said.

The back-to-back robberies come days after police in Montgomery County said the group stole over $7k in scents from an Ulta in Plymouth Township.

"It seems to be a trend over the last year for some reason I don’t know if it’s getting to the black market," Detective Pezick said.

The trend of theft has caused local authorities to advise anyone who notices suspicious activity to report it immediately.