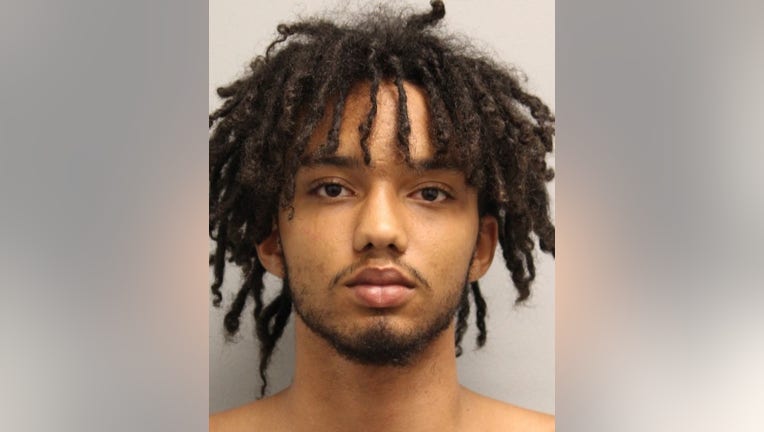 SUSSEX COUNTY, Del. - A police pursuit resulted in the arrest of an 18-year-old and an injured trooper in Delaware this weekend.

Jaliel Perry, 18, is charged with assault second degree of a law enforcement officer, resisting arrest with force or violence, tampering with evidence, possession of drug paraphernalia and criminal mischief.

Police say Perry ran from troopers when they responded to reports of suspicious activity on Pinetown Road in Lewes Saturday morning.

He appeared to be selling illegal narcotics and discarded an unknown object into nearby woods before fleeing, according to police.

The pursuit ended a short time later, and police attempted to Perry into custody. However, police say he physically resisted arrest, injuring a trooper.

After a struggle, Perry was arrested and reportedly found with drug paraphernalia and over $650 in suspected drug proceeds.

The trooper was treated for his injuries at a local hospital, and later released.