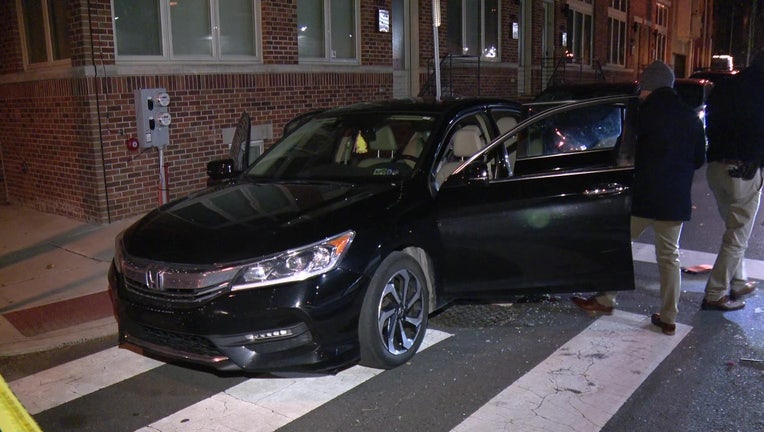 Police say the victim had just gotten into his car when he was approached by the armed suspect.  (FOX 29 Philadelphia)

PHILADELPHIA - Authorities have identified an 18-year-old man they say was shot multiple times when he attempted to carjack another man in North Philadelphia Monday night.

Police say the incident occurred as the 32-year-old victim parked in front of a home on the 1700 block of West Folsom Street just before midnight.

That's when authorities say an Aden Koimene, 18, approached the driver side door of the vehicle and pulled out a gun.

The driver was in possession of his own firearm, which he was licensed to carry, and fired multiple times through the window, striking Koimene, who then fled on foot.

Koimene later showed up at Penn Presbyterian Hospital suffering from gunshot wounds to the cheek, neck, and thumb. He was listed in stable condition and later arrested.

The Philadelphia District Attorney's Office announced Thursday that Koimene has been charged with aggravated assault, robbery of a motor vehicle, and related charges.

The driver was not injured and was cooperating with police.