A teenage girl and three others were injured in a broad daylight shooting that errupted near a Germantown Rite Aid on Thursday. According to police, an argument between two young men sparked the shooting. No arrests have been reported/

PHILADELPHIA - Four bystanders were struck by gunfire Thursday afternoon when police say an argument between two young men led to a shootout near a Germantown Rite Aid.

Officers from the Philadelphia Police Department were called to the 100 block of Chelten Avenue around 4:30 p.m. for reports of gunfire.

Police said a 16-year-old girl and a 65-year-old woman were both shot in the chest. They were brought by police to Albert Einstein Medical Center in critical condition.

Medics rushed a 22-year-old woman to Einstein with a gunshot wound to the lower body, according to police. 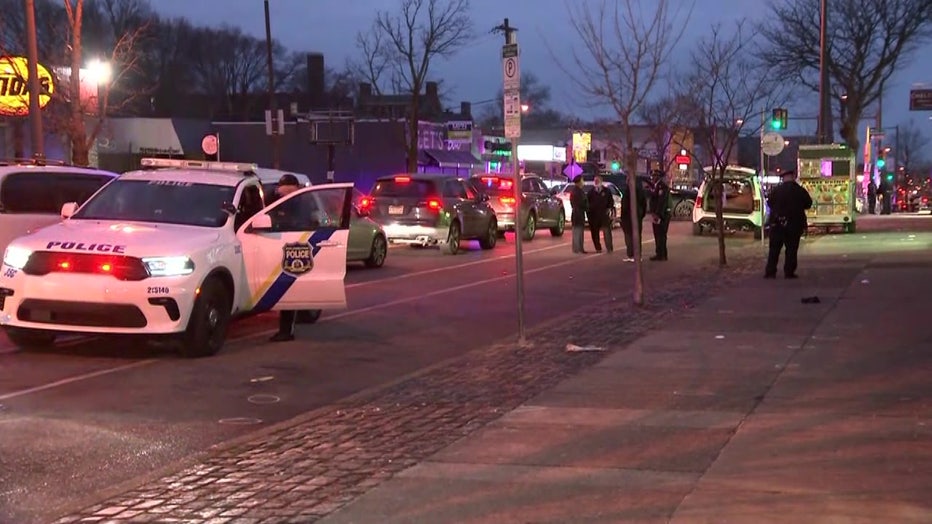 Four people, including a 16-year-old girl, were injured in a shooting near a Germantown Rite Aid.

A man who was shot in the hand drove himself to Roxborough Hospital, police said.

Investigators did not report any arrests and have not provided descriptions of the shooters, who they estimate to be between 15-20 years old.

"It's dangerous to work here," said Najibullah Khan, whose Halal food cart and SUV were both struck by stray gunfire. He said four people were in line when the gunfire erupted, and he ducked inside the cart for cover.

Khan said he has early regrets about moving to Philadelphia from New Hampshire to start his business.

"A couple of weeks ago the same thing happened, it was shooting here again," Khan said. "I don't want to stay here either. They are shooting all the time."