Teen mom in Tennessee graduates with $1M in scholarships

Lamyrical Harris' school is located in North Memphis and focuses on academics, athletics, and career and college readiness.

MEMPHIS, Tenn. - A teenager who gave birth to a baby boy while still in high school went on to become the valedictorian of her class and earn more than $1 million in academic scholarships.

Lamyrical Harris, who graduated this year from Trezevant High School in Memphis, Tennessee, was offered a total of $1,244,298 in scholarships from several different schools.

“While we've had some amazing athletes throughout Trezevant history, she is the first to earn this amount solely in academic scholarships,” the post said.

Harris was a junior when she found out she was pregnant and later welcomed a son named Laderrious, according to WREG-TV.

"I was scared. It just made me go 10 times harder," she told the station.

By the end of junior year, Harris had been offered $200,000 in scholarship money and $500,000 by the time she reached senior year, Harris told the station. The number climbed to more than $1 million just before graduation. 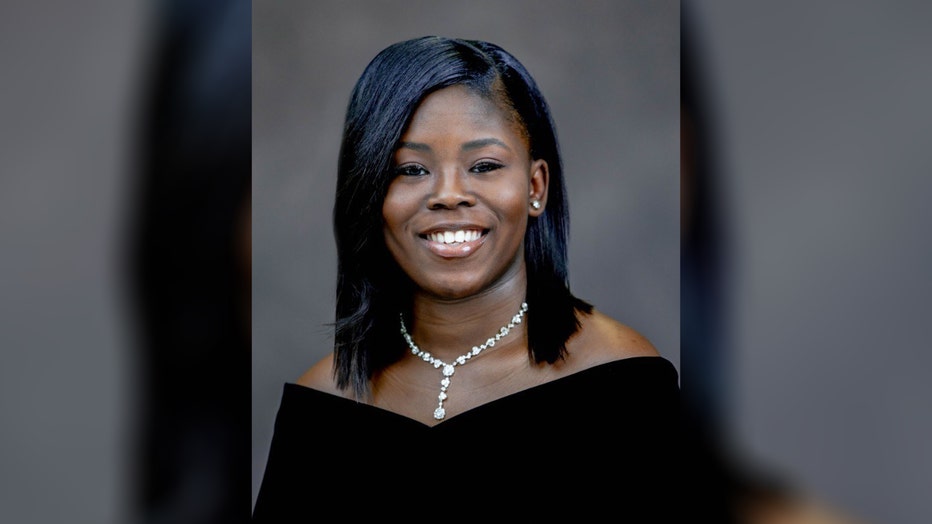 Lamyrical Harris, who graduated this year as valedictorian, was offered a total of $1,244,298 in academic scholarships. (Photo credit: Trezevant High School)

“Lamyrical had to overcome many obstacles to arrive at the top of her class. Now she gets to celebrate with her son and we can’t wait to see her future success,” the school wrote.

According to WREG, Harris hadn't officially decided on a college, but had her pick of 25 different schools.

She also hoped to give back to her alma mater in the future, according to the station. Harris' school is located in North Memphis and focuses on academics, athletics, and career and college readiness, the website states.

“We are proud of the outstanding achievements and determination of our graduating class of 2019. It takes a village. Against much adversity, students like Lamyrical Harris triumph with the devout support of caring teachers, administrators and parents,” Shelby County Schools Superintendent Dr. Joris M. Ray said in a statement.