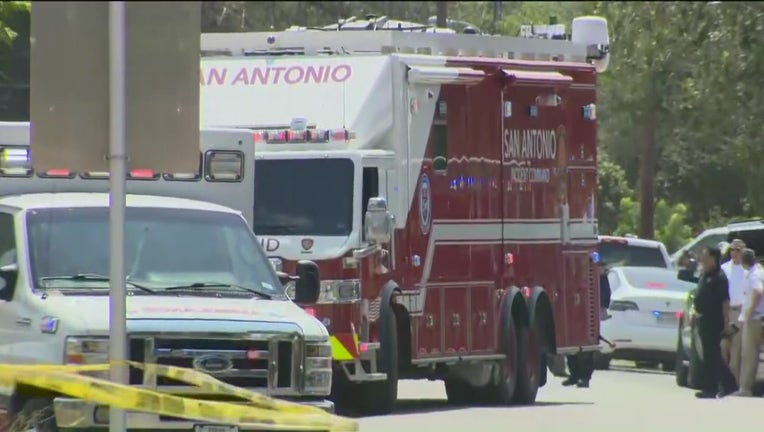 The gunman entered Robb Elementary School in Uvalde with a handgun and possibly a rifle, Abbott said. Officials have not revealed a motive for the shooting, but Abbott identified him as Salvador Ramos and said he was a resident of the community that’s about 85 miles (135 kilometers) west of San Antonio.

Abbott said the shooter was likely killed by responding officers but that the events were still being investigated. Uvalde Consolidated Independent School District Chief of Police Pete Arredondo said at a news conference that the gunman acted alone.

It was the deadliest shooting at a U.S. grade school since the shocking attack at Sandy Hook Elementary in Newtown, Connecticut, almost a decade ago.

In the wake of the deadliest school shooting in Texas state history, leaders from around the country started to share reactions. New Jersey Gov. Phil Murphy tweeted that he is "heartbroken" by the shooting and called for an end to gun violence.

Murphy, a democrat who was re-elected last Nov., urged Congress to pass nationwide gun safety legislation and to confirm Steve Dettelbach as ATF Director. Murphy spoke of his own "gun safety 3.0 package" that he believes will tighten gun laws in New Jersey.

Pennsylvania Gov. Tom Wolf echoed a similar sentiment and called the shooting an "unimaginable tragedy." Like Murphy, Wolf urged for an end to gun violence with action from state and federal leaders.

"I’m horrified. I’m devastated. And I’m angry. We can and must do more to end gun violence," Gov. Wolf tweeted.

The tragedy in Uvalde added to a grim tally of mass shootings in Texas that have been among the deadliest in the U.S. over the past five years. One year before the Santa Fe school shooting in 2018, a gunman at Texas church killed more than two dozen people during a Sunday service in the small town of Sutherland Springs. In 2019, another gunman at a Walmart in El Paso killed 23 people in a racist attack.

New Jersey Senator Cory Booker on Twitter offered sharp criticism of the ‘thoughts and prayers’ sentiment that often circulates after gun violence tragedies, calling them "hollow words if we continue to do nothing to end the violent, unrelenting, preventable shootings in our county."

Philadelphia Mayor Jim Kenney, whose not unfamiliar with the devastating impact of gun violence, called every shooting in America "a statement of policy failure for this country."

"Every person should be outraged and distraught that we accept these tragedies as unavoidable instead of making them impossible through legislation and policy change," Kenney said. "We cannot accept continued violence as a way of life in our country.