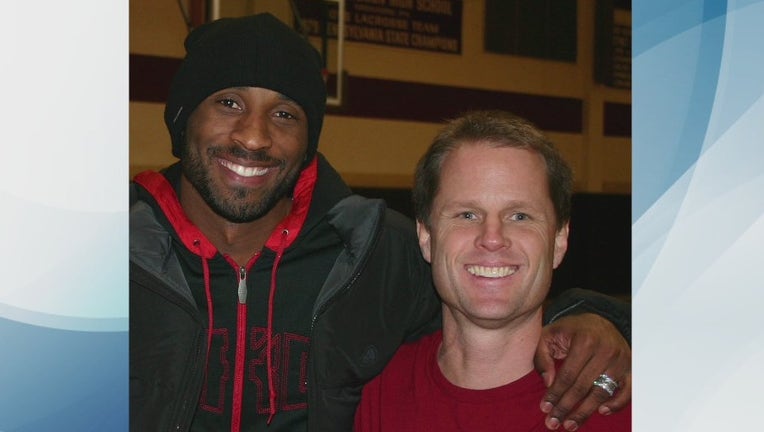 LOS ANGELES - Kobe Bryant’s legacy is often remembered for his decades spent in Southern California, but his high school coach says that no matter how big of a global superstar he became, Bryant stayed true to his Pennsylvania roots.

As part of his legacy, Kobe Bryant went from high school to the NBA draft. Gregg Downer, his coach at Lower Merion High School shares his memories of the NBA legend during his teen years.

Kobe’s incredible rise to stardom showed itself early. He was a phenom at Lower Merion High School in Ardmore, Pennsylvania, located outside Philadelphia.

In an interview with FOX 11’s Michaela Pereira on Thursday, Gregg Downer, who coached Bryant throughout his high school career, said he first remembers seeing Bryant’s skills on the court during his final year in middle school.

Even at a young age, Downer said Bryant was "extraordinary." 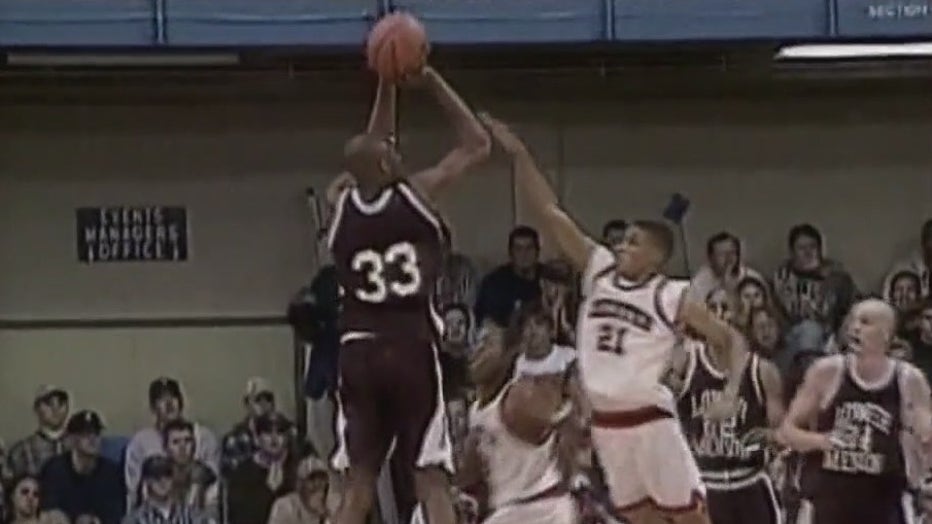 "I saw him as an eighth-grader and after five minutes of working with my current varsity, I turned to my assistant coaches and I said ‘This kid’s a pro.’ I mean, I could see it right away," Downer recalled. "I knew who his 6’10" father was, I knew genetically who he was but once I saw the work ethic and the skills at such a tender age, I knew that I had something quite unique on my hands." 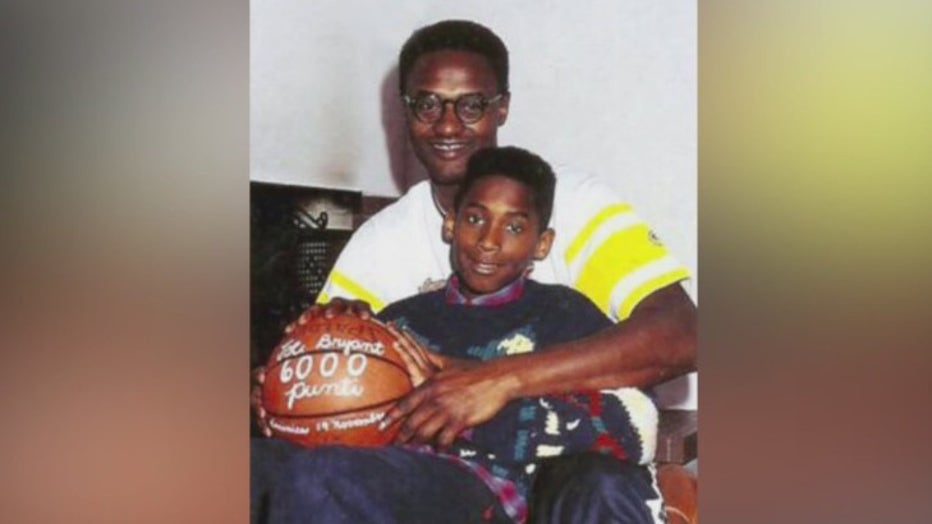 Bryant’s skills and relentless drive are often remembered by fans as his "Mamba Mentality." Coach Downer said he will never forget how Bryant practiced and played.

"He hated to lose. Some great athletes hate to lose more than they love to win. [He was] the first guy to practice [and] the last guy to leave practice, weight training and the gym 6-7 days a week. Sometimes on the East Coast, we have two-hour late openers for snow and he’d be banging on the door at 6 in the morning to have the custodian let him in. [It was] a work ethic that was just incredible and he wanted to be one of the greatest ever and he is certainly on that shortlist right now." 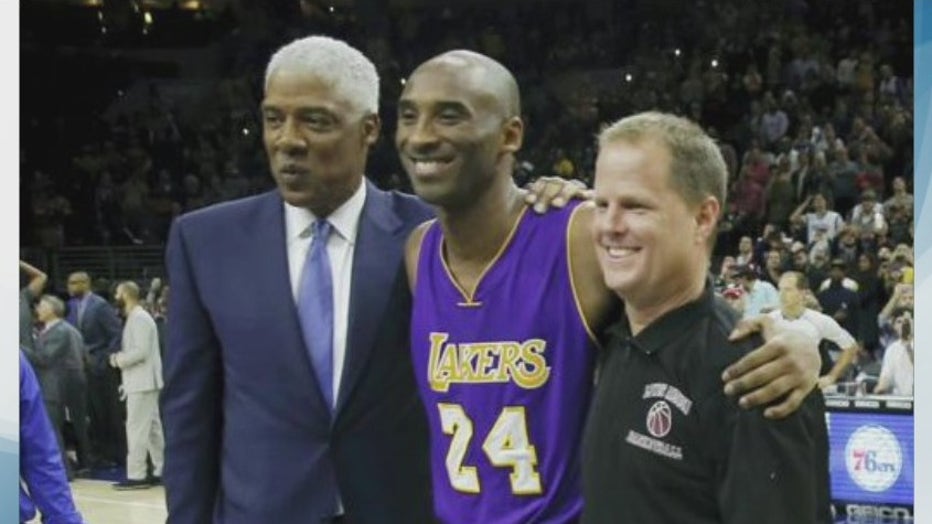 In 1996, Downer and Bryant led Lower Merion to its first state championship in 50 years. Also that summer, at just 17-years-old, Bryant was drafted to the NBA.

"We had a really good relationship and I had a plan for him and he bought into my coaching and I was pretty young at the time when I got him, but the plan worked. I said ‘you could be one of the top players ever and no mountain top was too big for you if you put the work in' and he let me coach him and we stayed in touch," Downer said.

The Los Angeles Lakers legend made a point to visit his high school when they were in town to play the 76ers and would also come back for alumni events. 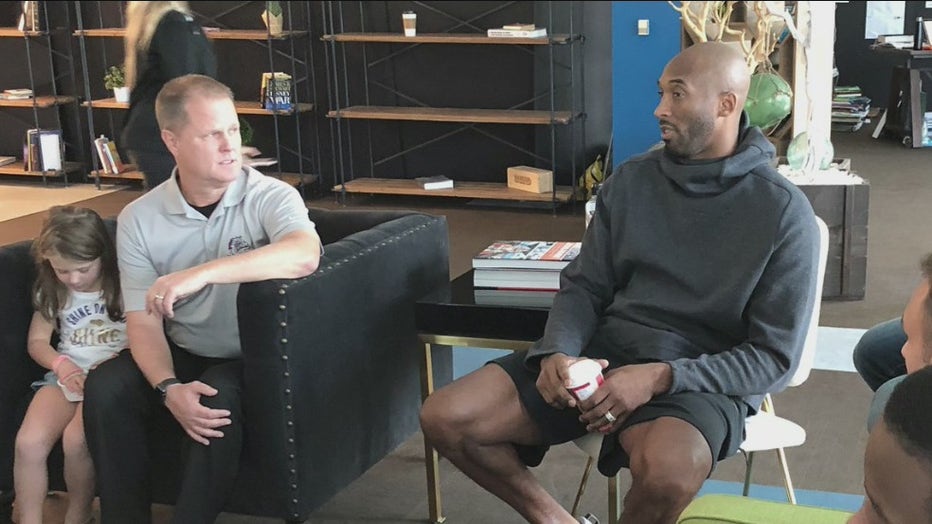 "He often said that because he didn’t go to college, his alma mater in many ways was Lower Merion High School and he was very good to us and we used to come out and work his summer camp every summer and he’d give the ball clubs Nike sneakers every year, men’s and women’s team and was always very, very good to us. For a guy that spent half of his life in Hollywood, he easily could’ve forgotten his roots but he never did," Downer said. 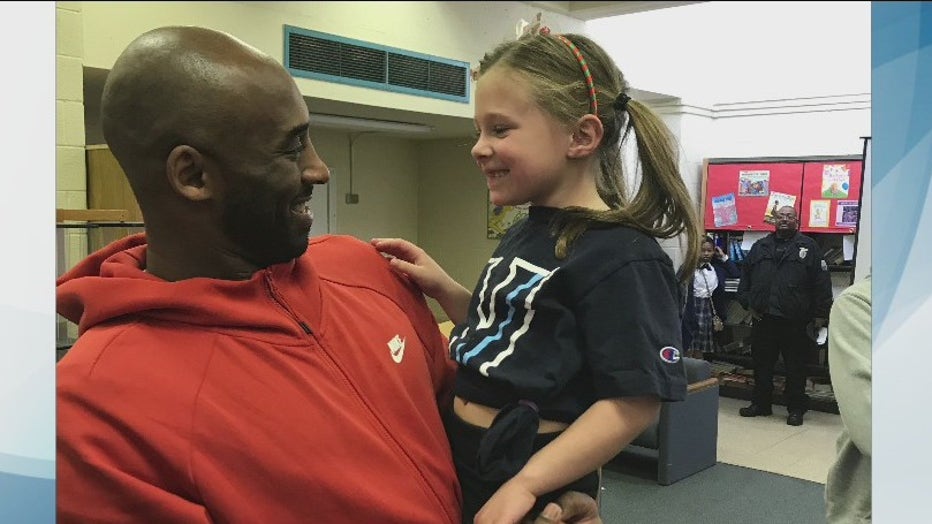 At just 48-years-old, Downer was inducted into the Montgomery County Coaches Hall of Fame in 2012.

Downer has also been named the AP Coach of the Year three times.

"I don’t think people truly understand what you did for me and my career," Bryant said in a video tribute to Downer a few years ago. "Starting out at LM. You always used to say ‘Kobe, when you’re playing, no matter who you’re playing, if a stranger walks into that gym, they need to know that you are the best player out there."

It’s been nearly one year since the helicopter crash that took the life of the NBA legend, his 13-year-old daughter, two of her teammates, their parents, and the pilot. And while he may be gone, his legacy will never be forgotten.

"We actually have a game this coming Tuesday on Jan. 26, so it’s a weird time as we’re trying to play in a pandemic but the emotions are growing without question as we head towards January 26," he said.

When Downer first heard the news of Bryant’s tragic passing, like many sports fans, his first thought was that it was a cruel joke. Eventually, he realized it wasn’t and he broke down. He also said Bryant was just beginning a new chapter in his life at the time of his death.

"One of the many sadnesses with this whole tragedy is I think at the age of 41, I think he was starting a whole another chapter of his life and he loved coaching his kid’s so much, Gianna in particular and I think we would’ve seen a lot more of him at Lower Merion too and we had already seen quite a bit of him. One of our ball clubs went out there and spent a week with him outside of Los Angeles a few years ago and [he was] always, always really good to the Aces."

Downer said Bryant remains the heartbeat of the Aces Nation.

"When it happened, I didn’t really know what to say but I said ‘we just lost the heartbeat of Aces Nation’ and that became kind of like a famous t-shirt but he is our heartbeat and I hope he and Gianna and those seven others are doing well up in heaven."