SHARON HILL, Pa. - School officials say a potential threat made against Academy Park High School prompted the Southeast Delco School District to close all school buildings Friday "out of an abundance of caution."

"Earlier this evening, district officials received a Safe2Say tip about a possible threat on school grounds at Academy Park High School," officials said in a short statement of Thursday night. 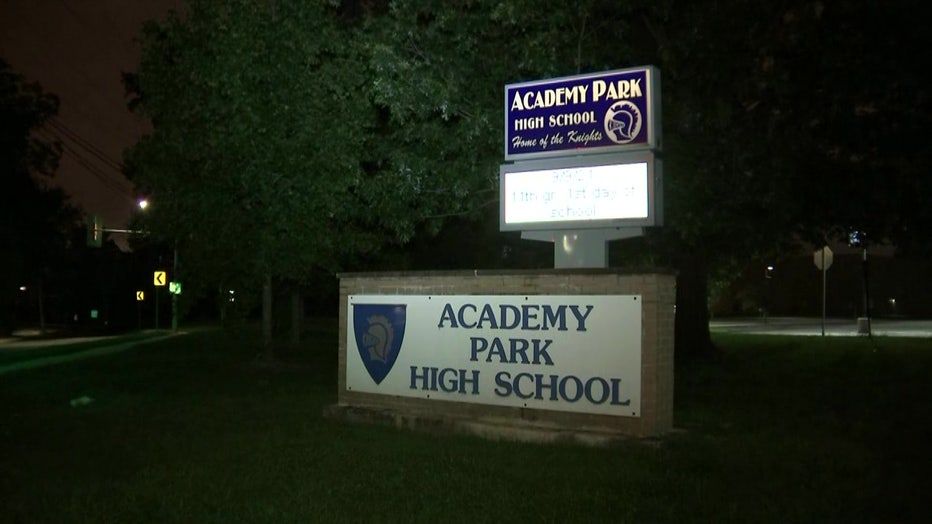 Officials say a potential threat made against Academy Park High School prompted the closure of all Southeastern Delco schools on Friday.

The district did not share the nature of the threat or who is believed to be responsible.

Local law enforcement agencies are investigating the threat, according to the district.

Meanwhile, Academy Park High School is at the center of a separate investigation after an 8-year-old girl was killed during a shooting near a high school football game last month.

Delaware County District Attorney Jack Stollsteimer said there is a "high probability" that three officers who returned fire when bullets whizzed past them may have inadvertently struck the child and two other people, including her 12-year-old sister.

"The death of Fanta and the wounding of her sister and the other students are a heart-breaking tragedy for her family, her friends, and the entire Delaware County community," Stollsteimer said earlier this month.