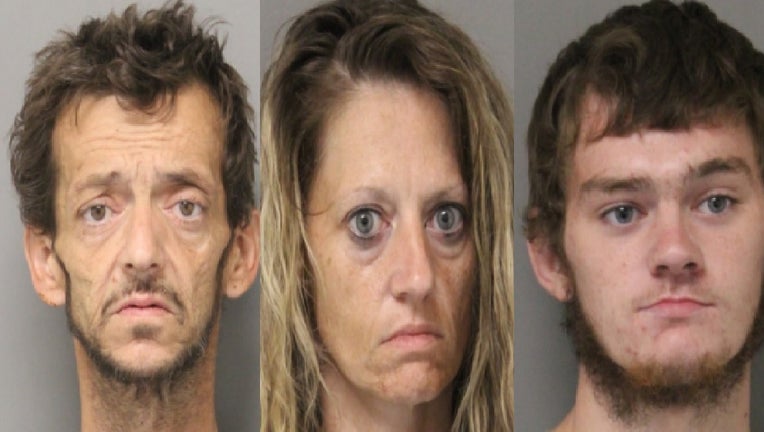 DELMAR, Del. - Three people are facing several charges after police say they burglarized an auto shop, stealing thousands of dollars worth of items.

Stacy Dyson, 41, of Delmar, Timothy Dyson, 38, and Michael Lecates, 22, were all arrested after police were called to a reported burglary at West Auto located at 36609 Sussex Highway in Delmar on Friday.

Police say they stole machinery, tools and vehicle parts totaling approximately $11,100 after coming in through an unsecured window.

All three suspects were taking into custody during a traffic stop Saturday. They were also found with .021 grams of heroin, 3 Levofloxacin pills, 2 Gabapentin Pills and drug paraphernalia.

Upon further investigation, police say they were also connected to the burglary of a residence on the 12000 block of Whitesville Road in Laurel last week.

They were all charged with several felonies, including burglary, theft, conspiracy and other related charges.