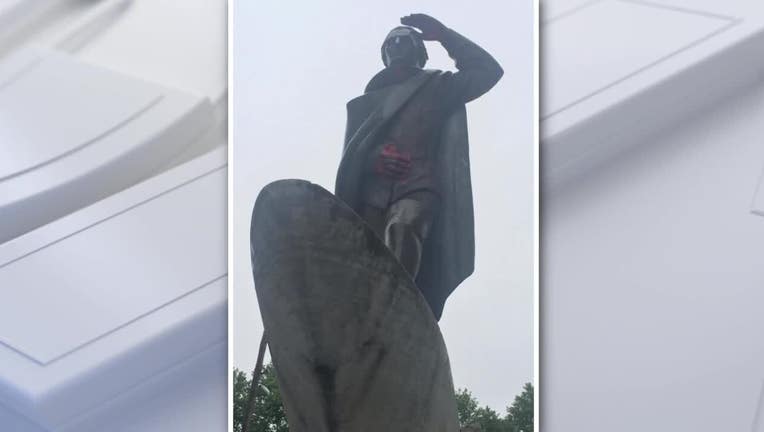 TRENTON, N.J. - A statue of Christopher Columbus that has stood for more than 60 years in a park in New Jersey’s capital city is coming down.

Crews in Trenton started dismantling the statue Wednesday, a day after city Mayor Reed Gusciora announced the decision. He said it was made after city officials received “lots of input” from residents and community groups.

Gusciora said the statue, which had recently been vandalized, will be placed in storage “to find a more fitting home.”

He also said the park in the city’s Chambersburg neighborhood where the statue stood will be renamed eventually, but a timeline for that has not been determined.

A number of statues of Christopher Columbus have been taken down in recent times, including in Minnesota on June 10 and in Richmond, Virginia, on June 9, along with other statues associated with structural racism, colonialism, or slavery, as protests sweep the US.

Protesters toppled a statue of Christopher Columbus in Baltimore, Maryland, on July 4, US Independence Day.