Police say one man has died after a shooting in North Philadelphia that also left a teenage girl in critical condition after she was struck by a stray bullet.

PHILADELPHIA - A man is dead and two other people, including a teenage girl, are hurt after a shooting in North Philadelphia late Thursday night.

A 14-year-old girl was shot in the chest as police say she sat on the front porch of her home. Investigators believe she may have been struck by a stray bullet, and that she ran into her house after she was hit. 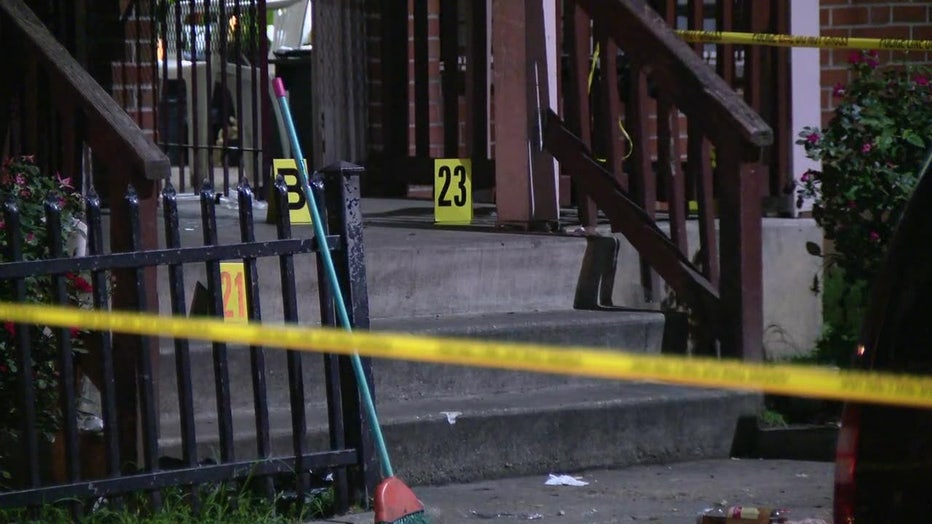 The girl is in critical condition at Temple University Hospital, but has since been stabilized, police say.

Investigators say the gunmen were standing on Susquehanna Avenue, firing towards a number of houses. Two houses were struck by gunfire, as well as two unattended vehicles.

Police are hoping surveillance cameras in the area may have captured something that can assist in their investigation.

No arrests have been made at this time. Police say a weapon was recovered from the scene.

"Another quiet summer evening has been shattered by gun violence," said Philadelphia Police Commissioner Danielle Outlaw after the shooting. "People have a right to feel safe in their neighborhoods, and we refuse to stand idly by while yet another child has their life forever changed by a coward with a gun. We ask anyone with information to come forward to assist us in bringing justice to these victims."