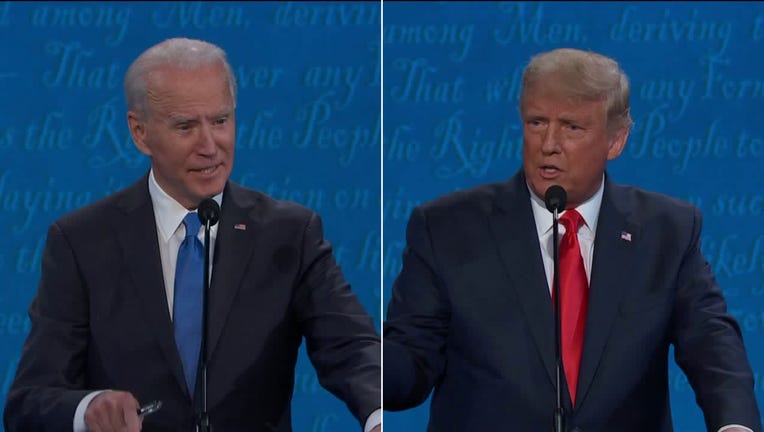 PHILADELPHIA - Former Vice President and Democratic presidential hopeful Joe Biden spent the final weekend of his campaign in Philadelphia in an effort to gain additional support as Election Day draws near.

Biden participated in a “Souls to the Polls” event, which is a part of a nationwide effort to organize Black churchgoers to vote.

A Biden path toward victory must include Black majority cities, including Philadelphia and Detroit, which will be crucial in determining the outcome in Pennsylvania and Michigan. Those are states where both candidates have spent a significant amount of time in the final days of the 2020 election.

“Most Black voters in Philly have been skeptical of mail-in voting,” said Joe Hill, a veteran Democratic operative-turned-lobbyist from the city. “A lot of us have gotten our ballots already,” Hill said, but added, “Election Day has always been everything in Philadelphia.”

As the largest city in a state that could decide the presidency, Philadelphia has always held special significance for Biden. Just 30 miles from his longtime home in Wilmington, Delaware, Biden planted his campaign headquarters in Philadelphia before the pandemic forced most of his staff to work remotely.

Both Biden and President Trump have spent the waning days of the 2020 election making last-minute campaign pushes in the battleground state of Pennsylvania.

On Saturday, Trump made a three-stop campaign tour in Pennsylvania. The president spoke at a rally in Newtown during the morning, and followed with two more rallies in Reading and Butler County. Vice President Mike Pence is slated to appear at 'Make America Great Again' rallies in western counties on Monday.

Meanwhile, Biden hopes to counter the Trump campaign's full-court press in Pennsylvania with a concentrated effort of his own. On Monday, the day before the election, Kamala Harris and her husband Doug Emhoff will join Joe and Jill Biden in Pennsylvania. According to campaign organizers, the group will scatter across the state in a last-ditch effort to scrounge up additional support.

According to an analysis by University of Florida professor Michael McDonald, a nonpartisan political data expert, almost 2.3 million Pennsylvania voters had returned absentee ballots as of Friday out of almost 3.1 million requested. That’s a statewide return rate of 74.2%.

Voter Guide 2020: Everything you need to know about voting in Pennsylvania