Weeks after the historic storm that hit Upper Salford Township with straight-line winds up to 120 miles an hour it's still the talk of the town. It’s easy to see why in a video recorded by a man trapped in his barn during the height of it. 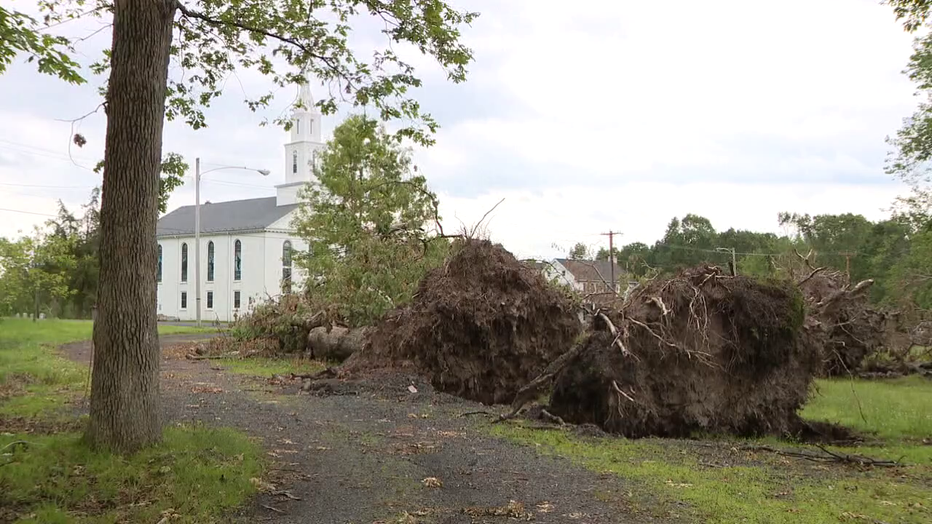 On Monday night, the community came together for healing during a meeting called 'back on our feet after the storm'. They met at the Upper Salford Volunteer Fire Company to talk about what they lost and share how they're cleaning up and rebuilding.

“it's just a daunting task how to clean it up," said David Schooler. He lives on Walnut Lane in Perkiomenville and says his wife and son sought safety in their basement.

“She was telling me the trees were leaning on the house and that’s when I got a second phone call a neighbor explained to me that his grandmother was trapped in the house and couldn’t get out.”  He says a Boy Scout Troop 10 and their leaders came through to help.  The entire woods on his property are flattened.

“When I say climbing over trees you couldn’t even see the lane there were so many trees,” said David.

Old Goshenhoppen Reform Church is also a big concern. Leaders say it needs tens of thousands of dollars in repairs to the building and surrounding property.

The historic church dates back to 1727.  They’re taking donations to help with repairs.

"We had about 50 downed trees that are uninsured," said Pastor Kevin Park.

With all the damage the town sustained those gathered tonight say there's one huge thing to be thankful for.

"It's amazing. Even with the destruction that we have, we had homes that were totally crushed and the families ok," said David.