US Marshals arrest man wanted in deadly I-676 crash

Aaron Sims was arrested Monday in connection with the deadly crash.

PHILADELPHIA - A man wanted in connection with a deadly I-676 crash in 2020 has been taken into custody.

U.S. Marshals arrested Aaron Sims, 27, in West Philadelphia Monday afternoon without incident after he was on the run for over a year.

"No parent should ever endure the loss of a child. We thank the public for assisting us in the apprehension of Aaron Sims. We hope the Robertson family can now have some semblance of closure after Chloe’s tragic loss," Eric Gartner with the U.S. Marshal for the Eastern District of Pennsylvania said.

The incident occurred in the eastbound lanes of the expressway back on Jan. 25, 2020, just after 6 p.m.

Troopers responded to a report of a two-vehicle crash that resulted in the death of a 21-year-old woman from Orlando, Florida.

When they arrived on the scene, they found two vehicles with two additional victims suffering severe injuries.

Police say the collision occurred as the victim's vehicle was pulling off the roadway and onto the shoulder near the 8th street exit. 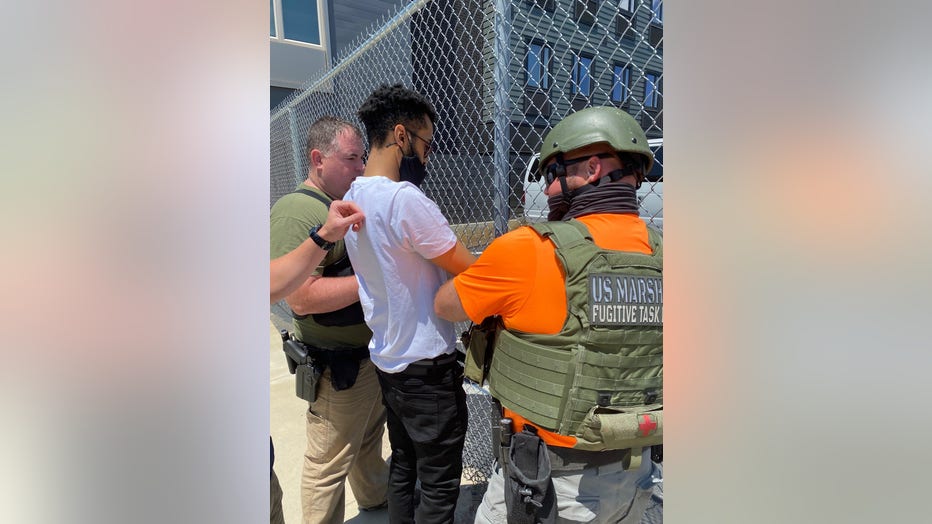 That's when police say Sims, of Camden, New Jersey, struck the back of the victim's vehicle while driving carelessly at a high rate of speed.

Investigators say Sim's vehicle struck the other car with such force that a rear occupant was partially ejected.

Following an investigation, authorities determined Sims was leaving his cousin's house on the 1400 block of Brown Street in Philadelphia and was driving under the influence of alcohol and THC.

Camden man sought in I-676 crash that killed woman, 21, in January