Officers were called to the scene of a storm drain for a rescue in Auburn, California. Credit: Placer County Sheriff's Office via Storyful

AUBURN, Calif. - A concern citizen flagged down the deputies after witnessing the baby ducks fall into the drain on Saturday.

Immediately, the deputies lifted the drain in order to rescue the ducklings. 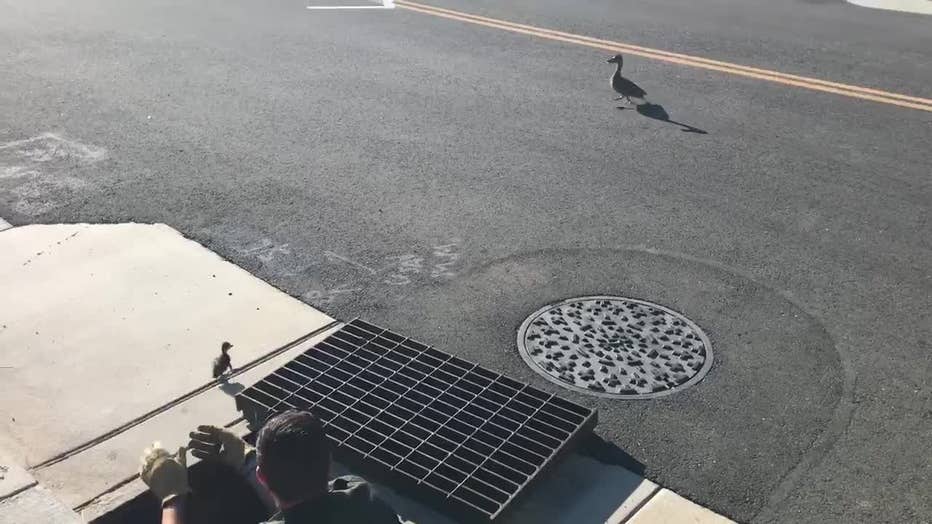 In the video, the mother duck is seen waddling around while an officer lifts four of the duckies out of the storm drain.

Once reunited, the family of five quickly made their journey away from the drain. 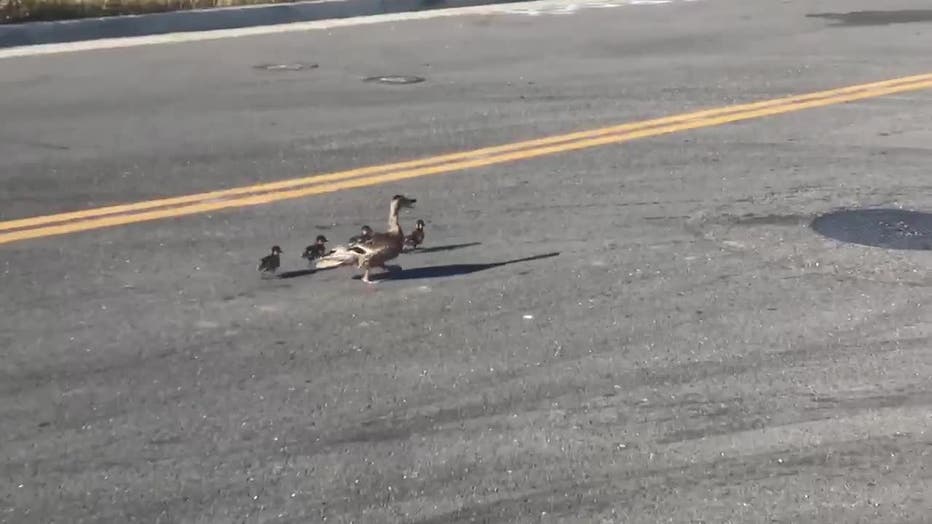