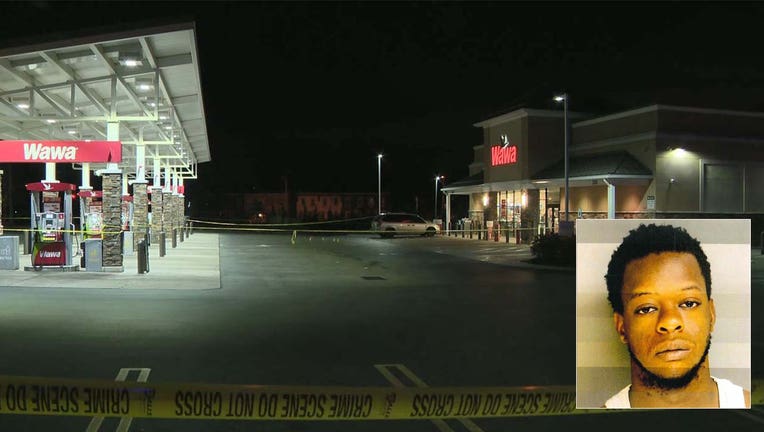 PLYMOUTH TOWNSHIP, Pa. - An arrest warrant has been issued for a suspect in a shooting outside of a Plymouth Township Wawa that left two people injured early Sunday morning.

Plymouth Township police responded to a report of a shooting at the Wawa at 1300 Ridge Pike shortly before 3:30 a.m. Sunday.

When officers arrived on the scene, they found two people suffering from gunshot wounds inside the Wawa. Police and medics treated the victims on scene before transporting them to Paoli Memorial Hospital for treatment.

Their injuries are not believed to be life-threatening.

Police in Plymouth Township say two people were injured during a shooting that occurred in a Wawa parking lot early Sunday morning.

After further investigation, authorities issued an arrest warrant for Kyeem Sheirron Whitt, 26, charging him with attempted murder. Authorities say Whitt was last known to reside in the Borough of Norristown.

Investigators are working to determine if there was any relationship between the victims and Whitt prior to the shooting.