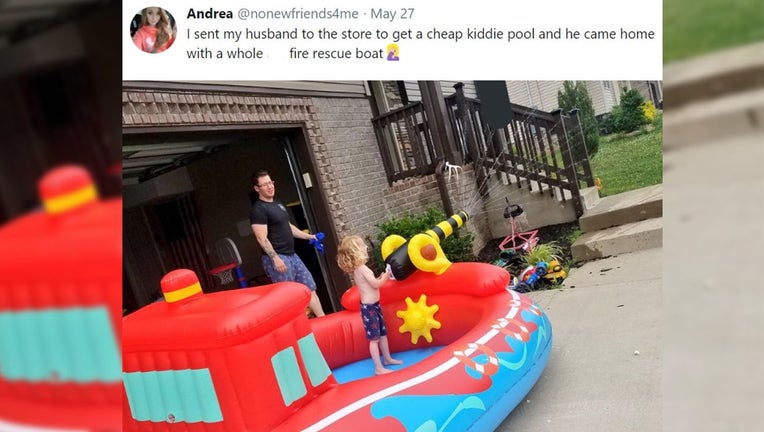 When Andrea sent her husband to buy a cheap kiddie pool, she was thinking more along the lines of those small plastic pools. But the ambitious father showed up with something grander.

Rather than a modest pool, Tom thought it would be cooler to go with a novelty fire rescue boat pool— complete with a working sprayer! Perhaps they need to redefine 'cheap' because the pool did come from Sam's Club, a retail warehouse owned and operated by Walmart Inc., similar ones sell for under $40.

Andrea tweeted the image and Twitter quickly crowned Tom 'father of the year.'

One person even asked if they'd consider adopting a 51-year-old boy because the pool was that cool!

In a separate tweet, Andrea did shout-out Tom's efforts by saying:

Two things are certain, that kid's summer looks like it's going to be pretty awesome, and maybe Tom won't be making trips to the store anytime soon.