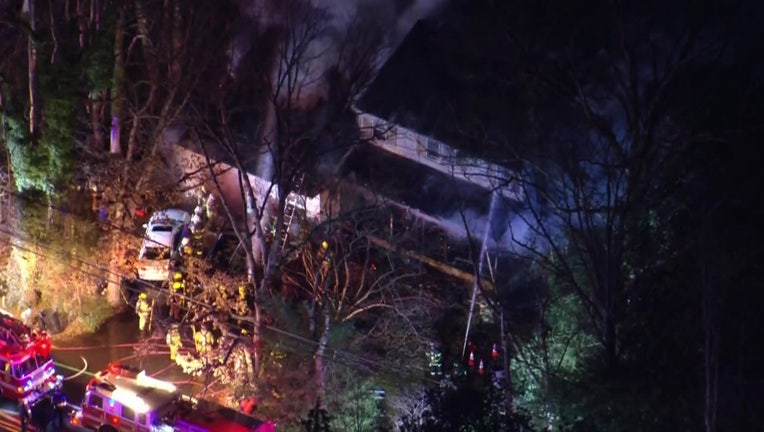 A 74-year-old woman was found dead in a house fire Thursday evening in Medford, New Jersey, according to firefighters. The cause of the blaze has not been determined.

Firefighters from the Medford Township Fire Department were called to the 100 block of Taunton Boulevard just before 6 p.m. for reports of a house fire with people possibly trapped inside.

Crews arrived to find flames pouring from the first and second floor windows.

A 74-year-old woman was found dead on the second floor of the home, according to Lieutenant Robert Zane.

Fire investigators have not said what sparked the deadly blaze.