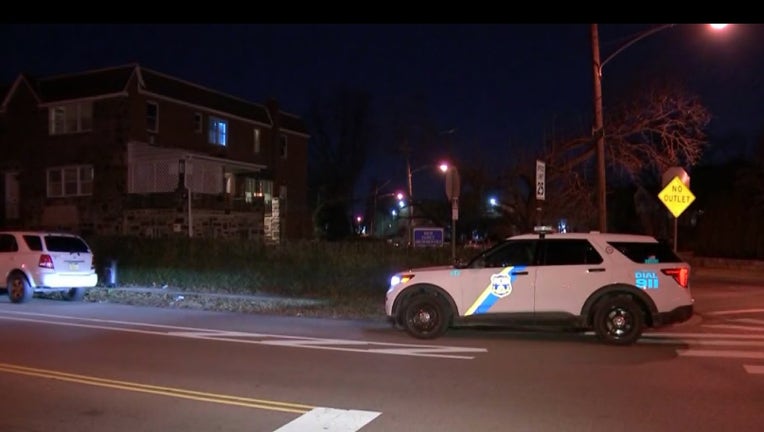 PHILADELPHIA - A woman has died and her teenage son is fighting for his life after a shooting in Oxford Circle.

The shooting happened just after 10:30 p.m. Monday inside a residence on the 900 block of Magee Avenue.

When police officers arrived, a man was attempting to climb out of a window on the first-floor. When he saw police officers, he went back in through the broken window.

At this point, police officers heard an additional shot and, shortly after, a 17-year-old male without a shirt walked out of the front door of the property.

The 17-year-old was suffering a gunshot wound to the stomach. He was taken to Einstein Medical Center where he is listed in critical but stable condition.

Meanwhile, police officers surrounded the property and a man, 36, walked out with his hands up. He was taken into custody.

When police searched the premises, they found a 35-year-old Tasena Jennings laying on the kitchen floor. She was suffering from gunshot wounds to the head and chest. Medics pronounced head dead at 10:49 p.m.

A woman is dead and her teenage son is critically hurt after a shooting in Oxford Circle, police say.

According to police officers, spent shell casings were found on the first floor close to the kitchen. They say the woman was shot with a semi-automatic weapon.

Preliminary information suggests the woman and the teenage boy are mother and son.

Police are still working to obtain a search warrant for the gun and an active investigation remains underway.